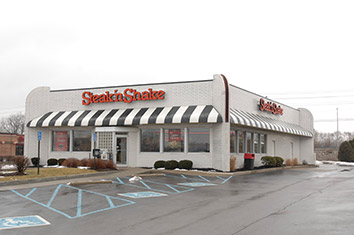 Steak n Shake has closed 106—or more than one-quarter—of its company-owned restaurants since the beginning of the year, including 67 in the second quarter, parent company Biglari Holdings Inc. disclosed Friday in its quarterly earnings report.

Steak n Shake classified 103 of this year’s closures as “temporary,” and said it plans to reopen the stores under its new “franchise partnership” program.

Steak n Shake did not say how many openings occurred under that program, through which it offers would-be entrepreneurs the opportunity to operate a single unit for $10,000. That’s far less than a traditional franchisee would pay, but the single-unit operators have to split profits with Steak n Shake. Trade publication Nation’s Restaurant News said only one previously closed restaurant, in St. Louis, has reopened as a franchise partnership.

The company last August announced the franchise partnership strategy, saying it wanted to convert all of its company-owned stores to that model over three years while continuing to expand under its traditional franchising model.

Under the traditional model, a franchisee pays a franchise fee ranging from $25,000 to $40,000 as part of an initial investment that varies from about $672,000 to more than $1.8 million per unit, depending on the size and location of the restaurant.

San Antonio-based Biglari Holdings saw a significant drop in revenue in the second quarter because of the restaurant closures but managed to turn a profit overall because of investment gains.

Same-store sales at the chain have fallen for 12 of the past 13 quarters.

Steak n Shake owes $183 million under a loan that parent company Biglari Holdings does not guarantee.

The rating “reflects our belief that the company may be unable to meet its financial obligations because of its weakened liquidity and thus could pursue a restructuring or a distressed exchange in the next six months,” S&P said.