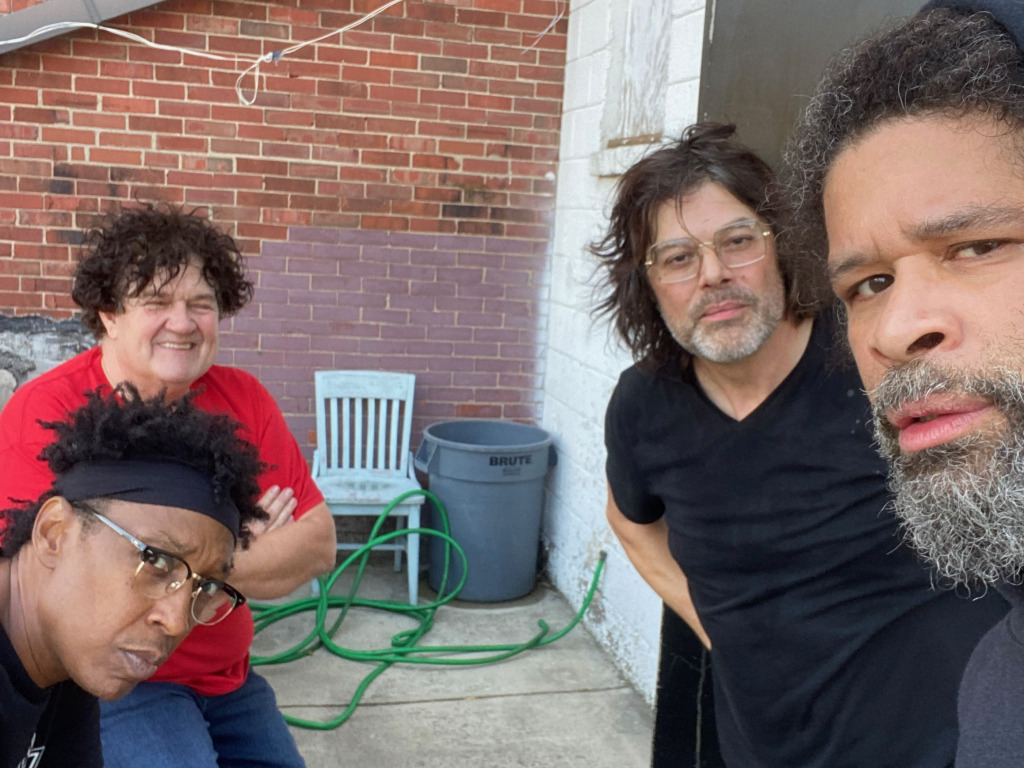 Indianapolis supergroup the Last IV played its first show as part of the 2013 edition of Tonic Ball, and vocalist Rusty Redenbacher, guitarist Vess Ruhtenberg, bass player David “Tufty” Clough and drummer Devon Ashley are getting back together to play Tonic Ball 2022.

The reunion is happening for two reasons: Jimi Hendrix and a good cause.

Every November since 2002, Tonic Ball has been presented as a benefit concert that uses cover songs to help fight hunger. The 21st Tonic Ball—and first in-person edition since 2019—will happen Friday in Fountain Square, where Indiana musicians will perform songs popularized by Hendrix, Aretha Franklin, Outkast and Taylor Swift.

The sold-out show raises money for Second Helpings, a not-for-profit that collects prepared and perishable food from wholesalers, retailers and restaurants and also trains people for careers in the food service industry.

Redenbacher describes Tonic Ball as the beginning of the holiday season for the Indianapolis music community.

Redenbacher said it’s logical for the Last IV to play songs by Hendrix, because the quartet is a rock band, and at Radio Radio, because the bar is co-owned by Clough.

The Birdmen of Alcatraz and the Mudkids are prominent acts on Redenbacher’s resume. Ruhtenberg played guitar and sang in the Pieces and the United States Three. Clough is known for his work in the Zero Boys and Toxic Reasons. Ashley was Ruhtenberg’s band mate in the Pieces, and the drummer presently tours the world in the band of Kundalini singer Simrit.

Although the Last IV has been inactive for about four years, Ruhtenberg signed up the quartet for Tonic Ball. Similar to Hendrix, Ruhtenberg is a left-handed guitarist.

“I said, ‘OK, Vess, it’s going to be your time to shine,’” Redenbacher said. “It’s cool, because we don’t get to see that side of Vess a lot. He’s going to flex. He definitely will have some fireworks for you guys.”

“It’s buddy time,” Redenbacher said of working with the trio of long-running Indiana standouts. “I love those dudes. I admired all of them as musicians before getting to play with them. For me, it’s a dream band.”

The format of Tonic Ball allows three songs per performer.

“Everybody wants to play their absolute best,” Redenbacher said. “You have 15 minutes, and people work hard to put together those 15 minutes.”

The Last IV released a 7-inch vinyl single of the songs “Pipe Bombs” and “Everything” in 2015.

“Let’s go ahead and finish an album,” Redenbacher said. “If you were to ask me, we have an album side done.”

The music of Aretha Franklin at White Rabbit Cabaret

The music of Jimi Hendrix at Radio Radio

The music of Outkast at Square Cat Vinyl

The music of Taylor Swift at Hi-Fi