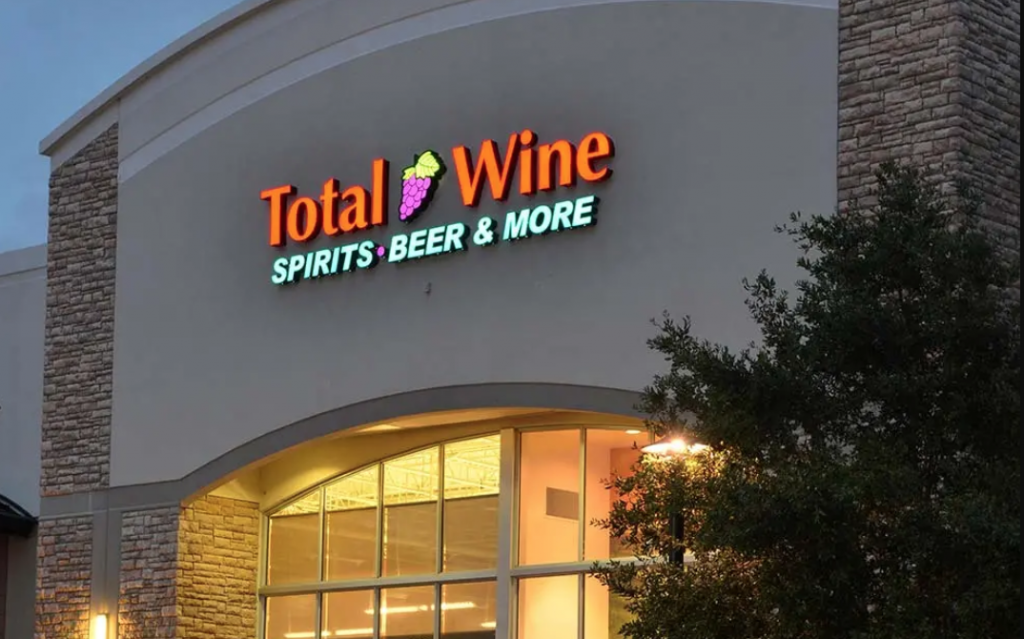 Total Wine & More, the liquor superstore chain that entered the Indianapolis market late last year with a store in Nora, is now planning to open a location on the city’s south side.

According to architectural plans filed with the city, Total Wine & More is planning to open a 25,000-square-foot store at 2110 E. County Line Road.

The south-side site is in a retail complex just north of Greenwood Park Mall, in a standalone building that formerly housed an Earth Fare grocery store. Earth Fare pulled out of the Indianapolis market and closed all three of its local stores in January 2020.

The chain’s stores typically carry between 8,000 and 10,000 types of wine, as well as 3,000 to 4,000 types of both beer and spirits. The stores also carry a selection of cigars, glassware, gifts, food and other items.

IBJ was not immediately able to reach Total Wine & More for details on when the south-side store might open.

Based in Bethesda, Maryland, Total Wine & More operates 216 stores in 27 states on the East Coast and in the Midwestern and Western U.S.

The company was able to enter the Indiana market only after a high-profile court battle.

The Indiana Alcohol and Tobacco Commission originally denied Total Wine & More’s application for a liquor permit, citing a state law that it said prohibited it from issuing a retail permit to any company unless at least 60% of the company’s common stock is owned by people who have lived in Indiana for five years.

The case was resolved last summer when Judge Tanya Walton Pratt ruled in the retailer’s favor.

Total Wine & More got its start in 1991 when brothers David and Robert Trone opened a 1,000-square-foot package store in Delaware. The brothers, who still own the company, expanded over time to other East Coast states, later branching out to the Midwest and West.

The Nora store is located in the Nora Corners Shopping Center at 1460 E. 86th St. It occupies just over 26,000 square feet in a portion of what was formerly a Marsh supermarket. An Aldi grocery store occupies the other portion of the space.