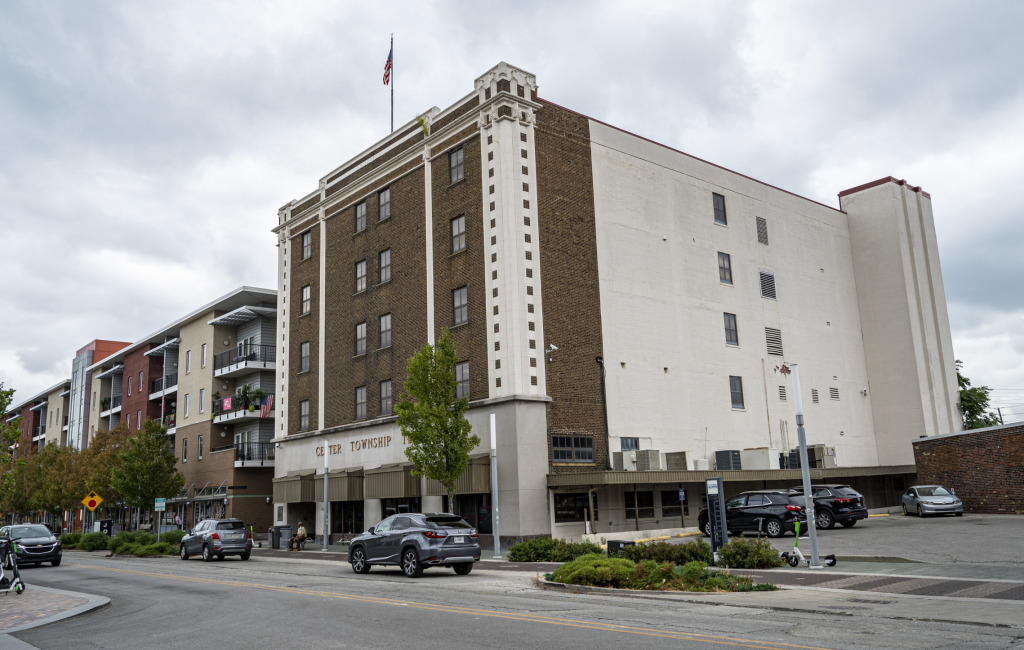 An Indianapolis-based developer plans to buy the five-story Center Township Trustee’s building in downtown Indianapolis, with an eye toward office and first-floor retail uses.

Landmark Properties has the building at 863 Massachusetts Ave. under contract and is under a due diligence period before the sale—the price for which was not disclosed—can be finalized.

IBJ first reported on Aug. 17 the trustee’s office had quietly begun entertaining offers for the building, with an asking price of $4 million. The 35,000-square-foot structure sits on 1-1/3 acres and was constructed in 1917. It was previously home to the Hogan-Schroeder Storage Co. and a bank before becoming the township headquarters in 1975.

J. Murray Clark, an attorney who represents Landmark, said the developer is still finalizing specific plans for the building, but there’s an appetite to use the property as office space and maybe some retail. The property also is across Massachusetts Avenue from the $300 million Bottleworks District, which already features a hotel, office space and expansive retail offerings. When completed, it also will include residential units.

“It’s really a wonderful piece of property,” Clark said of the trustee’s building.

Clark noted no decisions have yet been made on whether the building could be given a new facade. It’s located in the Massachusetts Avenue Historic District, meaning facade changes would require approval from the Indianapolis Historic Preservation Commission.

The commission “is aware there could be improvements made to the building interior and exterior, but that that discussion is ongoing,” Clark said.

The anticipated sale of the trustee building follows an abnormally quiet and short offer period for a prominent piece of public property. It’s not clear how many developers put in bids for the property—or how many were aware the property was being put up for sale at all.

No notice was posted on the trustee’s website, and at least five prominent Indianapolis developers and brokers told IBJ in August they weren’t aware the property was for sale.

As required by public statute, the invitation for offers was publicly advertised—in The Indianapolis Star on July 28 and Aug. 4. The bid notice included a stipulation that the trustee’s office is permitted to hire a broker if it doesn’t receive “an eligible offer” within 10 days of the document’s publication.

This is the second time in eight years the property has been listed for sale. In 2013, Trustee Eugene Akers received authorization from the township’s board to solicit offers for the building, but nothing ever came of the effort.

Landmark’s purchase of the trustee building would be at least the second significant development effort for the firm in the past three months. The company in August announced plans for a $150 million apartment, retail and hotel project at 96th and Meridian streets.

The trustee’s office didn’t return a message requesting comment on the pending sale.