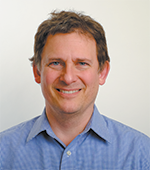 Mason is on his second tour of duty with IBJ, having served as its real estate reporter from 1996 to 1999. Over 30 years working for newspapers and magazines across the country, he has covered most beats on the typical masthead, including business, sports, city government, arts, and consumer issues.

An alumnus of Broad Ripple High School, Mason continues a grand tradition of IBJ staffers educated in Indianapolis public schools. After graduating from Columbia University, he stumbled into print journalism, thanks to a Eugene C. Pulliam Fellowship at The Indianapolis Star. Among his favorite gigs were arts editor for the Daily Journal-World in Lawrence, Kansas, and managing editor of Billiards Digest magazine, for which he spanned the globe covering poolroom hustlers and world champions. During his six-year tenure, BD was cited three times by the anthology “The Best American Sports Writing.”

Thanks to its unusually trusting head honchos, Mason returned to IBJ in 2009 to captain its nascent multimedia efforts. Over three years, he created 600-plus video segments for IBJ.com, and his work was recognized by the Society of American Business Editors and Writers (SABEW) and the Alliance of Area Business Publications (AABP). In 2013, he added the mantle of news editor (which isn’t as lofty or authoritative as it sounds) and launched IBJ’s morning e-newsletter, [email protected], as its eponymous author and news curator. [email protected] received the 2017 Gold Medal for Best Daily Email from AABP.

The recession, competition and maybe even familiarity have pushed Tim Smeehuyzen’s north-side haunt into the red.

The university president likens his role to that of a major-league manager, but retaining talent like Brad Stevens is just the start.

Founded in 2008, Indy's first production brewery in decades already has blitzed five-year goals and plans to ramp up capacity to as much as 12,000 barrels per year, says co-owner Clay Robinson.

In a first year filled with adjustments, fledgling restaurateur Katie
Harris of Iozzo's outlines lessons learned from the $350,000 start-up and fluctuating sales.

Ann Murtlow describes taking control of the troubled utility and how she handles the demands of serving on a dozen different boards.

Plying fairgoers with country-fried treats is just the
start for John Barto, whose firm provides food-and-beverage service for confabs
across the Fairgrounds calendar.

CEO Pamela Altmeyer reevaluated her priorities
and decided to step down after a family tragedy and the agency's latest capital campaign.

Owner and chef Keltie Domina is relying on cost-cutting, an uptick in sales and her talent for shifting strategies
to dig out of a recession-based deficit.

College costs continue to soar, putting more pressure on students. Jamie Merisotis, CEO of the Lumina Foundation, offers advice on how to keep them enrolled and engaged in school.

For Matteo and Emily Di Rosa, the sustained profitability of Matteo's
Ristorante Italiano is even sweeter in light of the errors of naivete made at the start.

Richard Burd's suicide led to shrewd cost-cutting at the family auto dealership. For Christine Burd, returning to profitability is both heartening and heartbreaking.

Harold's Steer-In was on its last legs when the Kehrer family decided
to rehabilitate the beloved eatery. After a slow start, sales are stampeding.

Motorsports marketer Zak Brown, once a driver, feeds his competitive fire in the board room, and believes big egos are
good for business.

The three-year agreement is designed to help the franchise shoulder the costs of operating Conseco Fieldhouse. One dissenting
voice called the team and city back to the negotiating table for a longer-term deal.

Hal's Fabulous Vegas Bar & Grille, with a big stake from owner Hal Yeagy, is battling the economy, increased
competition and the expectations of south-side diners.

Keira Amstutz of the Indiana Humanities Council has counterintuitive advice for fundraising pitches, plus counsel on
finding balance and avoiding overthinking.

INSIDE DISH: Tulip Noir owner learns as she goes

Dina Romay-Sipe, a designer turned novice restaurateur, cooked up Tulip Noir from scratch. Good advice along the way:
Stick to your budget, pay your bills, and get it in writing.

Albert Chen, founder of Telamon Corp., revels in a messy desk, espouses
the benefits of humility, and admires Warren Buffett.

INSIDE DISH: Hollyhock Hill sticks with recipe for nostalgia

The country-cuisine icon has survived several recessions and dozens of food fads. Owner Jay Snyder is
staying the course, while looking ahead to his exit.