The Carmel Redevelopment Commission could pay up $1.2 million to acquire the property where Miller Auto Care is currently located on Rangeline Road.

CRC Executive Director Corrie Meyer said the city needs the property so it can extend Fourth Street into the Midtown development and construct a roundabout at Fourth Street and Rangeline Road (see map below). Relocating family-owned Miller Auto Care has been in the plans for Midtown since Carmel-based Old Town Development announced plans for the $210 million development in 2014. 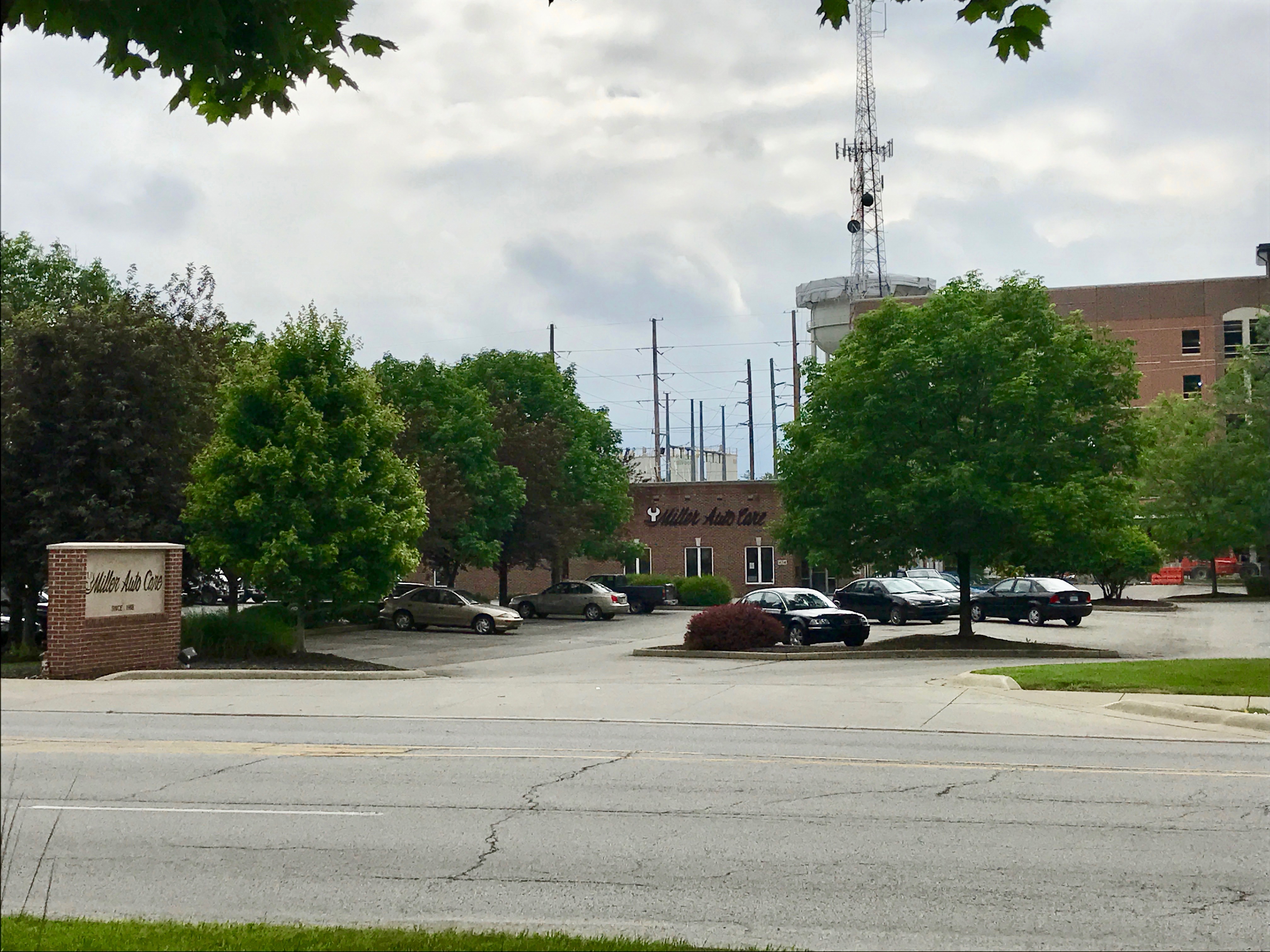 Meyer said the roundabout would cover half of Miller Auto Care’s existing parking lot, which is why officials decided to acquire the entire property at 434 S. Rangeline Road.

Meyer said the business plans to relocate in Carmel, likely still on the Rangeline corridor, but will continue operations at the current location until it can buy new property and build a facility.

She said the discounted rent is intended to help offset the cost of the inconvenience the roundabout will cause while the company is still on the property.

“We’re taking 50 percent of their parking spaces, and they realistically cannot operate as normal business,” Meyer said, adding that the company plans to shuttle cars back and forth from another property.

The purchase agreement is not finalized, so the terms could still change. The CRC approved a measure Thursday afternoon that allows Meyer to continue negotiations and spend between $800,000 (the average of two appraisals) and $1.2 million for the 1.33-acre property.

The CRC also expects to add a provision that would require Miller Auto Care to cease operations on the site once the new location opens.

“We’ve had general conversations, but we have not negotiated this deal,” Meyer said. 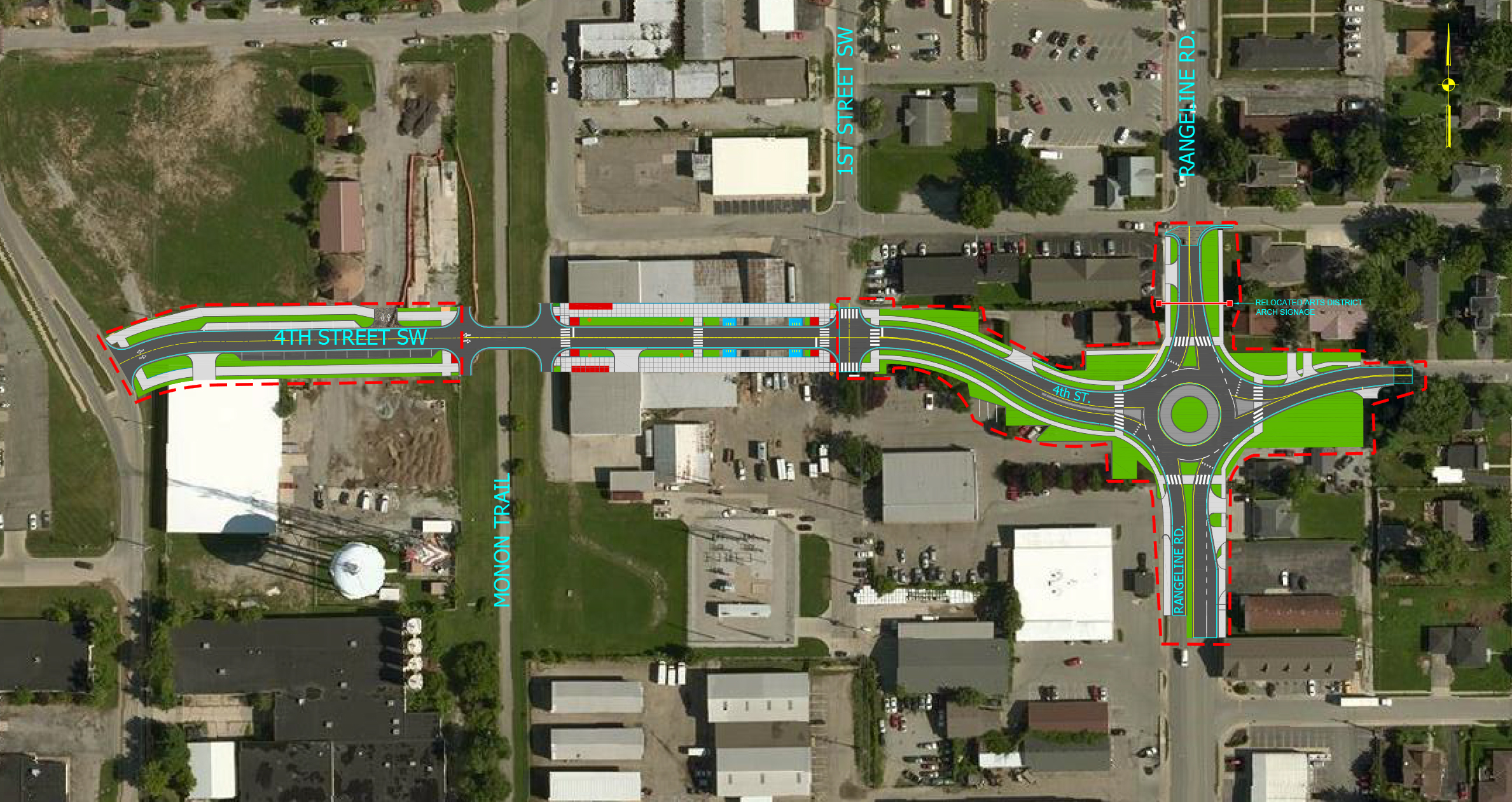 But $1.2 million “will likely be the price,” according to Meyer.

The roundabout and extended Fourth Street are expected to be constructed this fall. It is part of the $13.4 million “road diet” for Rangeline Road that Mayor Jim Brainard announced in April. The plan calls for redesigning the corridor into a two-lane pedestrian friendly boulevard.

Meyer said the road project needs to be completed before Allied Solutions LLC—a firm that sells insurance, lending and marketing products to financial institutions across the country—opens its new headquarters in Midtown. The 137,000-square-foot, five-story building sits just west of First Avenue SW and north of the future Fourth Street.

“We need to be able to move traffic in and out of that campus,” Meyer said.

The property that is not used for the roundabout will likely become part of Midtown. The 17-acre development is located between City Center and the Arts & Design District. It is expected to include a mix of offices, housing, restaurants, retail and parking.