Unless a founder is independently wealthy, she can operate for only a limited time with her own savings. Securing pre-seed capital is extremely difficult for founders without access to networks of affluent people conditioned to write checks for risky ventures.

State starts to dole out $2.6 billion in federal virus aid

The funding is intended to help the state navigate the pandemic, and state officials are slowly rolling out plans to spend it—while holding a sizable portion back in case COVID-19 roars back.

The Allos III fund has already invested in eight technology companies, and Allos officials said the fund could invest in up to 30 across the Midwest. 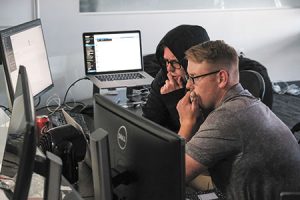 Self-funded firms take all the risk, all the rewards

Venture capital is supposed to be the lifeblood of fast-growing tech startups. But a handful of Indianapolis-area companies are defying that widely embraced mindset.

The Indianapolis-based broadband provider raised the funds from some of its member-owners and a new owner: Wabash Valley Power.

Founded in 2006, Fast BioMedical Inc. plans to use the money to help advance clinical trials and hire additional workers. It develops technologies to measure blood volume and kidney function. 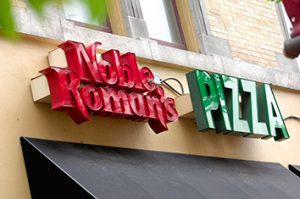 The Indianapolis-based company in the past two months has increased its supermarket presence and hired an executive to oversee grocery operations, while securing more financing to help achieve the growth.

Indianapolis-based PactSafe, a legal-tech startup launched this year by a former Taft Stettinius & Hollister LLP attorney, raised $880,000 in its seed round and was accepted into a competitive Silicon Valley accelerator.

Indianapolis-based MOBI landed the capital from New York-based private equity firm Bregal Sagemount, which has made previous investments in LifeLock, Orbitz and Vivint.

SteadyServ, the local firm behind the iKeg smart beer-management system, now plans to move into at least six new markets outside the Midwest.

The Carmel-based, for-profit educator announced Thursday that it had secured a much-needed, $100 million loan.

After raising $1.8 million via the Internet for a new nursing home in Bloomington, the Carmel-based developer thinks it has found a more efficient source of fundraising for further construction.

The Indianapolis-based firm expect to boost its employment by 50 percent by the end of the year as it expands its sales and marketing nationally.

The Pacers’ revenue stream this season has increased about $42 million from where it was during the 2008-2009 season, and the team’s finances could get even brighter as the NBA negotiates a new national television package.

Mainstreet Property Group LLC plans to launch a new round of private placement fundraising on April 21 using a website run by Oregon-based CrowdStreet Inc. and a mix of traditional advertising in central Indiana.

The online investing marketplace Localstake brokered a little more than $1 million in private investments for an Indiana distillery and a solar-heating startup in 2013, through crowd-funding. Instead of receiving a T-shirt or other novelty for their money, as with typical crowd funding, contributors received an actual stake in the business.

Nationally, venture capital investments into life sciences firms totaled $4.9 billion during the first nine months of 2013, down 30 percent from the same period in 2008, according to data from Thomson Reuters and PricewaterhouseCoopers. In Indiana, life sciences firms raised $21 million during the first nine months of the year, far lower than any year since 2003.