Indiana University President Pamela Whitten and Purdue President Mitch Daniels were easy choices to be IBJ’s 2022 Newsmakers of the Year after their bold move to end the agreement that created IUPUI, with each school planning its own paths in the city. IBJ named eight others as 2022 newsmakers, including Eli Lilly and Co. CEO David Ricks, developer Ersal Ozdemir and IPS Superintendent Aleesia Johnson. Read about all 10 newsmakers below. 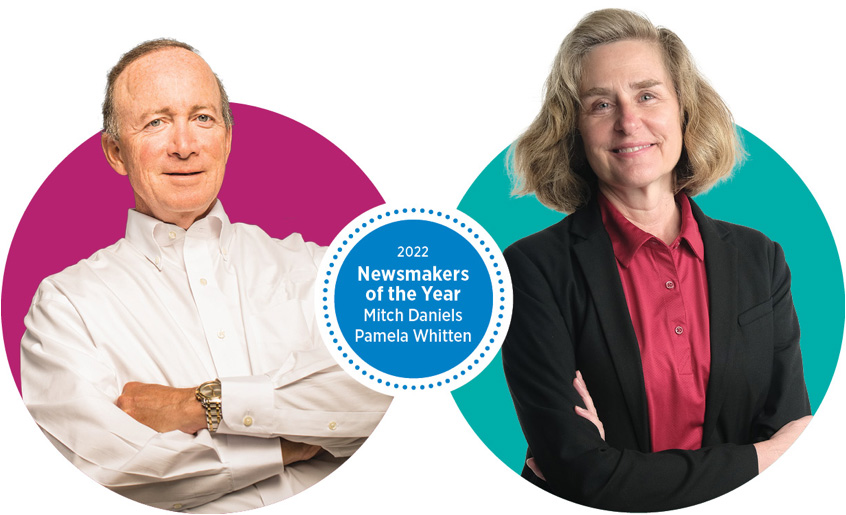 The presidents of Indiana’s public research universities—one just a year into her job and the other preparing for retirement after a 10-year tenure—dropped the news in August: They were dissolving IUPUI, their joint operation in Indianapolis, with each school forging new paths in the capital city.

Much of the campus will become Indiana University Indianapolis, with Purdue University aiming to significantly grow its Indianapolis programs in what it describes as an extension of its West Lafayette campus.

The split is a move that state and local officials and many business leaders had quietly advocated for years because it gives each school the opportunity to develop its own strengths in the city without being hampered by the confusing partnership.

Still, it took the right two leaders to make it happen. MORE >