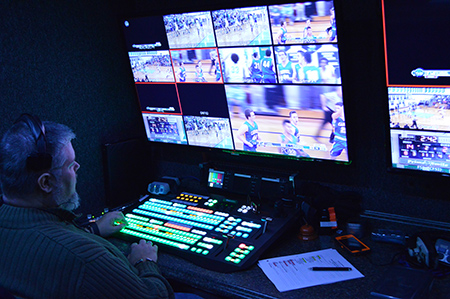 Results of that auction were released Thursday.

Nexstar Broadcasting Inc. will be paid $17.8 million to relinquish the spectrum where WNDY-TV Channel 23 resides.

Stations that relinquish their spectrum in the auction must either take their stations off the air or can remain on the air through channel-sharing agreements.

A station official told IBJ emphatically that WNDY, a sister station of WISH-TV Channel 8, will not go off the air.

"WNDY (MyINDY-TV 23) will be channel sharing with WISH-TV," said spokesman Scott Hainey. "This is a behind-the-scenes engineering exercise. Viewers will not be impacted, and will not even notice a difference. Viewers will turn to the same channel position (23) over the air, or on cable/satellite, as they always have and see the same channel and programming they’ve always seen."

The changes probably won't happen until fall at the earliest and those who receive the channel over the air—rather than through cable—may have to have their TVs rescan for channels.

WNDY has become a bastion for fans of Chicago sports teams, with the station airing games for the Chicago Cubs, Chicago White Sox and the Chicago Blackhawks. The station also airs college sports and Indy Eleven soccer games as well as a host of re-runs, game shows and local news from WISH.

LeSea Broadcasting Inc. will be paid $18.3 million to move WHMB-TV Channel 40 to the high-VHF frequency. This means that WHMB, which has resided on the UHF frequency, could be assigned a new channel number, though TV viewers that watch through a cable or satellite service may not notice the difference.

WHMB airs a combination of re-runs, Christian and family programming, and local sports. The channel is a primary outlet for central Indiana high school sports programming, including myriad football and basketball games.

Drew Sumrall, LeSea Broadcasting president and CEO, said viewers, even those watching over the air, will not notice a channel change for WHMB.

“We’re hopeful when folks re-program their television, there will be little or no change,” Sumrall said. “The channel number will appear the same to viewers digitally.”

Sumrall said the considerable windfall realized by WHMB “will be re-invested in our ministry efforts.”

Trinity spokesman Colby May said all Trinity stations—including WCLJ—will remain on the air either through channel-sharing agreements or through agreements with local cable TV and satellite operators. He said WCLJ may be assigned a new channel number, but that has yet to be determined.

“There will be no disruption in service due to this,” May said. “All the resources [from this spectrum sale] will be reallocated for the best interest of the mission of this network … in the service of Jesus Christ.”

Initially, stations across the country were offered much higher prices to sell their frequency, but as more stations opted into the volunteer auction, the prices the FCC offered decreased.

The auction in total raised $19.8 billion for the FCC, which re-sold the spectrum space to wireless service providers. More than $10 billion of that will go to 175 broadcasters that chose to participate in the FCC’s auction, which began last year.

“The prices have nothing to do with the station’s commercial value,” said FCC spokesman Charles Meisch.

Instead, he explained, the values relate to where the station sits on the broadcast spectrum dial—UHF channels are worth more than VHF—and how much interference those stations cause with nearby frequencies. A lesser, but still important, factor is the reach of the station’s broadcast signal.

T-Mobile spent $8 billion and won the biggest number of licenses for new spectrum space, according to the FCC. Dish Network came in second, committing $6.2 billion, and Comcast spent $1.7 billion.