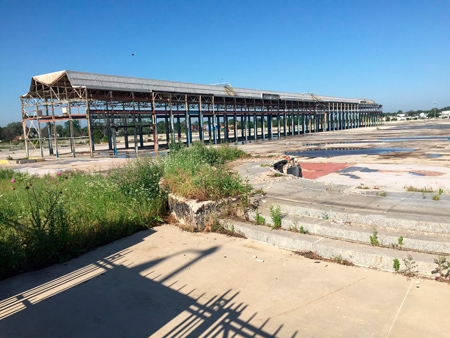 You don’t have to read between the lines of Amazon’s recent HQ2 decision to determine that Indianapolis’ tech talent pool, while strengthening, is still far below the major-league level.

Amazon this month cited the superior tech talent in New York City and the Washington, D.C., area as a primary reason for its decision to put headquarters facilities in those two markets.

Another sting came when Nashville, Tennessee—which seems to be in Indianapolis’ league, or even a short step below it—was chosen over Indianapolis and 16 other finalists for an operations center that will create 5,000 jobs.

Now, local officials and area tech leaders are asking what else can be done to bolster Indy’s tech talent pool—and some are suggesting that the city take a page out of the playbook used to transform Naptown into a sports mecca three decades ago.

Local leaders won’t be debriefed by Amazon brass until next week on the tech giant’s site-selection decisions. But this much is certain: The outcome has set off alarm bells—and not just here. It might have even started an arms race.

“The HQ2 site selection process has got 238 cities [the number that originally applied] thinking critically about [their] future in tech,” said Mike Langellier, CEO of state tech advocacy group TechPoint. “The starting gun has gone off, and we can’t stand still.”

“There’s no question [the local tech talent pool] is a concern, but I’ve never heard we’ve lost a company due to our lack of tech talent,” Schellinger said.

But he acknowledged that the city still has much to do.

“It is going to take a bold vision and strategy to propel our tech sector even further onto the world’s stage,” Schellinger said, “and we have the right people and community in place to do just that.”

He said Salesforce, Infosys, Appirio and other tech companies are helping to attract new talent, as are industry programs and initiatives like TechPoint’s Indy Tech Fellowship and the recently announced SportsTech Accelerator.

“That’s one of the strengths we hear about our tech industry repeatedly,” Schellinger said. “It’s a community, and once you’re here, you’re invested in it.”

When it comes to measuring up to major tech hubs like New York; the Washington, D.C., area; and Silicon Valley, Indianapolis “is really far behind,” said Kristian Andersen, co-founder and partner of local venture studio High Alpha.

“Pound for pound, we can’t compete on tech talent,” Andersen said. “We’re doing the right things, but we need to do more and we need to make the flywheel spin faster.”

Indianapolis has been making strides in recent years.

In 2016 and 2017 combined, Indianapolis added 4,838 tech jobs, according to the U.S. Department of Labor. That’s an 18.4 percent increase—the sixth-biggest in North America during that period.

That brings the city’s total to 31,192, according to labor statistics.

While that growth is impressive, the city’s total number of tech jobs is less so—especially when a company like Amazon is looking to hire thousands of tech workers in one place.

Indianapolis’ total number of tech workers isn’t even 10 percent of those in New York City—which has 320,694, according to the Labor Department. The Washington, D.C., area has the second-most U.S. tech workers, with 263,258.

But what about Nashville—Indianapolis’ new arch rival in tech?

Neither in sheer numbers nor in growth does it stack up against Indianapolis. It has 14,908 tech employees, half as many as here. And while it grew its tech jobs 16 percent in the 2014-2015 two-year period and another 12.3 percent in 2016 and 2017, neither period matches Indy’s growth.

“The Nashville decision felt like a punch in the gut,” Andersen said. “Indianapolis has a bigger metro area than Nashville, better—much better—schools, and better transportation and logistics infrastructure.”

Amazon has not broken down the reasons for its recent decisions. But that hasn’t stopped people from speculating—including about personal connections Amazon officials have with the country music hotbed.

Andersen has a more logical take, intertwined with a cautionary tale. “Amazon is looking at the future,” he said.

Nashville’s population is growing faster than Indianapolis’. According to census data, the Indianapolis area is growing about 1 percent a year, while the Nashville-area growth rate is more than 2 percent.

“Nashville’s overall population is just behind Indianapolis, but they’re going to be bigger than us soon,” Andersen said. “And they’re putting together a dynamic workforce. Indianapolis is growing, but we’re draining the rest of the state.”

So where does Indianapolis fall short?

“I think [the Indianapolis tech ecosystem] is probably where Austin, Texas, was back in 1996-’97,” said Bob Stutz, who moved here two years ago to lead Salesforce Marketing Cloud. “You have a startup scene that’s starting to get a little bigger. Within a 100-mile radius, you have some of the most amazing universities in the country.

“Now we’ve been very successful over the last six months or so, recruiting more and more tech talent out of the [San Francisco] Bay area, out of Seattle. But it’s still not enough at the end of the day. We need more of an influx.”

The lack of mid- and senior-level talent hurts in two ways, Stutz said.

Not only does it inhibit companies from locating here, it also scares off top talent. Mid- and senior-level tech workers want to go to a city where they can change jobs when they want. But in Indianapolis, “there’s not a whole lot of places to go in the software industry,” said Stutz, who has been an executive at several of the nation’s biggest tech firms, including Microsoft and Hewlett-Packard.

The city also needs midsize companies, said Frank Dale, a local tech industry veteran who has worked for several startups and early-phase companies and is now co-founder and CEO of tech firm Costello.

“We have heavyweights like Salesforce and Appirio and then we have a ton of tiny companies,” Dale said. “We need companies with 100 to 400 employees. Those are the types of companies that go out and train the talent that can go out and start the next round of companies.”

Andersen said Indianapolis needs to become a place of inclusivity where newcomers find it easy to integrate.

“There’s no silver bullet,” he said. “There are a lot of lead bullets. We need to create the type of city where the most talented people in the world want to live.”

“The No. 1 complaint we hear from people that we bring from other states is that they have to take the driving test again here in Indiana because Indiana does not have a reciprocity agreement with other states like California has and Washington has and Texas has, and actually, almost every state in the union has except Indiana,” he said.

“It’s little things like that that people don’t realize are pain points for people in the tech industry who have to move,” he said. “The more the state can do to ease that burden, it’ll make it easier to get people into the state.”

There’s also consensus that the city needs to do more to market itself as a tech hub.

“We have to do a better job being aggressive with targeted marketing,” Andersen said. “We have to let the world know what we’re doing—and where we’re going—and convince them they need to come along for the ride.”

Indianapolis’ lack of reputation as a tech hub and moderately sized tech talent pool not only inhibit companies from locating here, “those factors inhibit the companies that are here from reaching their potential,” TechPoint’s Langellier said.

Stutz said Indianapolis could learn from Austin. Leaders there “spent a lot of money going to Silicon Valley and really recruiting people to come to Austin, Texas,” he said. “They put big billboards up everywhere. It was a pretty interesting campaign.”

The Austin campaign emphasized how easy it was for people to move to that city.

“I think Indiana still has a little bit of a struggle with that,” he said.

Some in the local tech community say local, state and tech leaders could take a page from the city’s playbook in building Indianapolis into a renowned sports hub.

“In the late 1970s and ’80s, the business and civic leaders saw a vision for what the city’s identity could be, then they got really aggressive about building capacity,” Langellier said.

The city launched the Indiana Sports Corp., landed the National Sports Festival and Pan Am Games, built the Hoosier Dome, and attracted the NFL’s Colts all within eight years, he noted. “City leaders didn’t wait for it to happen. They went out and hunted it.

“It’s time for Indianapolis to be that bold, decisive and aggressive again, and this time it needs to be about tech and tech talent,” he added.

Like the initiative that made Indianapolis a sports capital, Langellier said, this initiative must be strategic, yet broad-based to “cut across a lot of industries and organizations: government, the chamber, corporate, civic, philanthropic, schools and universities.”

The region lacks “commitment, conviction and clarity of what to go after,” he said. “With the sports initiative, they didn’t just say, ‘We’re going to go after athletics.’ They targeted specific things.”

Langellier suggested the city could look to build on one of its tech strengths—marketing and sales technology—where Salesforce is a behemoth. The city could also build on its life sciences and agriculture/biosciences bases.

“It’s more than an industry,” he said. “It’s about a base of skills and a base of companies that are critical to all different aspects of our economy.”•