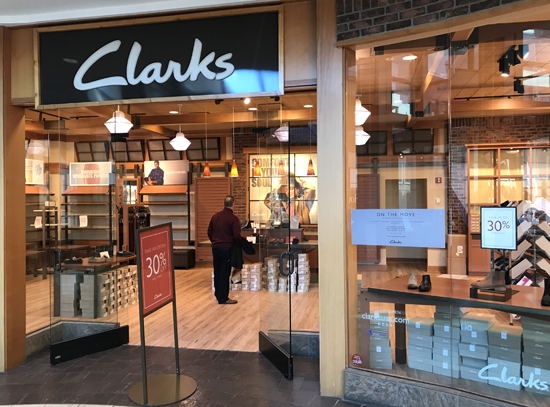 The Clarks shoe store at Circle Centre mall is closing this weekend.

Saturday will be the store’s last day of operations, an employee said.

A sign posted at the store directed shoppers to visit Clarks’ Fort Wayne store. Clarks also has outlet stores in Edinburgh and Michigan City. It has more than 1,000 stores worldwide.

The downtown mall has hemorrhaged tenants in recent years, including the loss of its two department store anchors. Nordstrom closed in 2011, and Carson's closed in 2018.