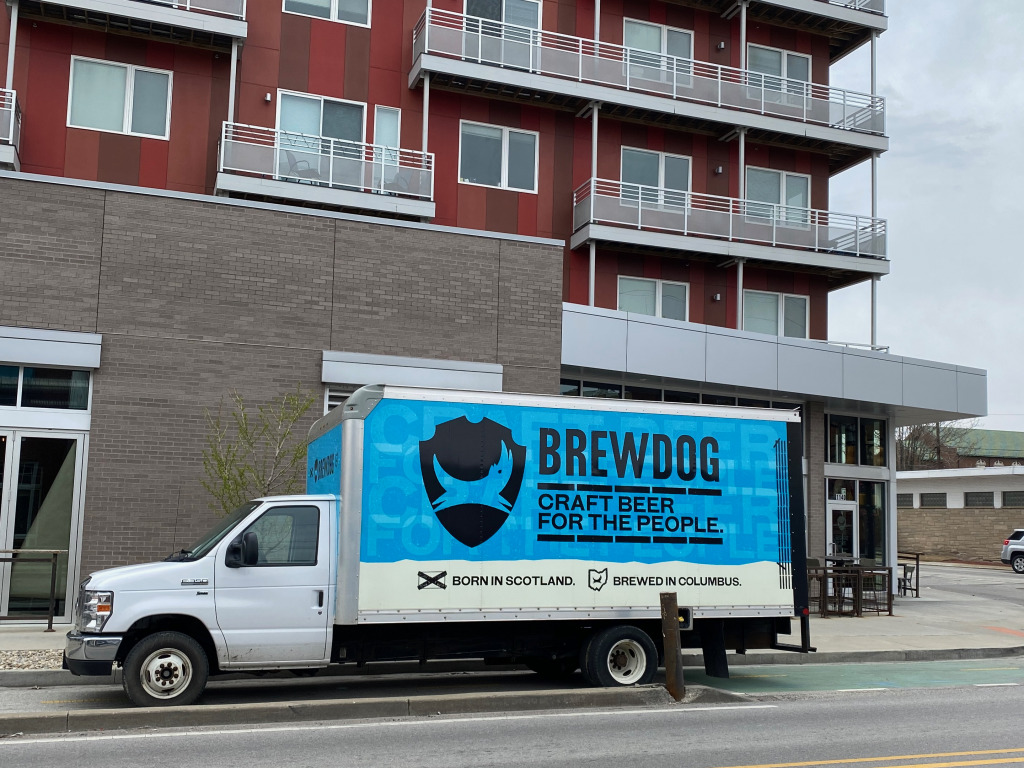 BrewDog, a Scottish company that made Indianapolis the second city of its U.S. expansion, ended its run in Fountain Square Friday.

“Today, we made the tough decision to permanently close our Indianapolis bar,” the company said in a statement provided to IBJ. “We are doing everything we can to ensure a smooth and fair transition for our Indy-based team members, including offering all team members full-time jobs at our other locations, a stipend for relocating, and helping facilitate future career moves.”

BrewDog opened on the first floor of the Forte apartment building, 1140 Shelby St., in September 2019.

BrewDog made its move overseas by opening a bar in Columbus, Ohio, in 2017. The company subsequently opened a brewery and two hotels in Columbus. BrewDog bars opened in Cincinnati, Cleveland and Pittsburgh after the Indianapolis location opened.

James Watt and Martin Dickie founded BrewDog in Fraserburgh, Scotland, in 2007. BrewDog beer is sold at more than 20 liquor and grocery stores in Indianapolis.

11 thoughts on “BrewDog bar in Fountain Square is permanently closed”