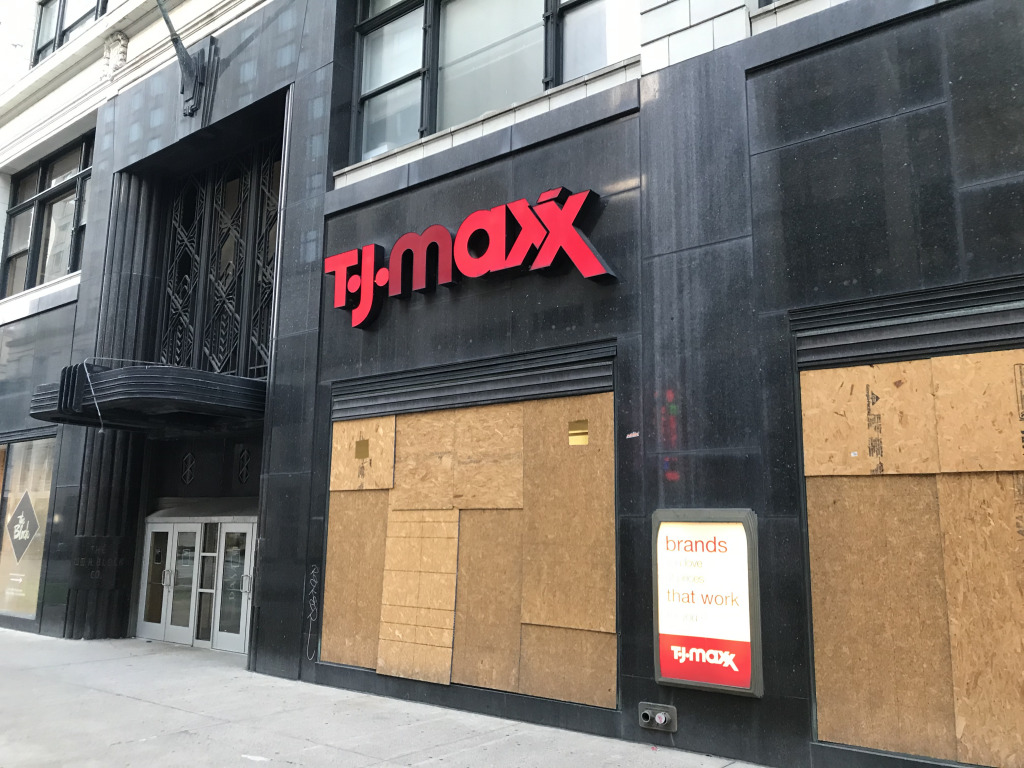 The T.J. Maxx store in September.

T.J. Maxx says it plans to reopen its downtown Indianapolis store, but the clothing and home-goods retailer hasn’t yet said when that might happen.

The store on the ground floor of the historic William H. Block Building closed in the spring because of COVID-19 stay-at-home orders. It sustained damage during the riots and looting that took place downtown in late May and has not yet reopened. T.J. Maxx has occupied the space at 50 N. Illinois St. since 1996.

The store is one of a very few that the company has not reopened. Six other T.J. Maxx stores in the Indianapolis area have returned to regular business hours.

“While we expect the store to reopen, we have not announced a reopening date,” T.J. Maxx spokesman Andrew Mastrangelo said via email. He declined to offer further details on the location.

Simon Property Group, the landlord for Claypool Court, which include the T.J. Maxx, declined to comment on the store and referred questions to the retailer.

The chain’s corporate parent, Framingham, Massachusetts-based The TJX Cos. Inc., operates off-price stores in the United States, Canada, Europe and Australia under various brands, including T.J. Maxx, Marshalls, HomeGoods and others. As of Feb. 1, the company had 4,529 stores worldwide.

In TJX’s second-quarter earnings report, released Aug. 19, the company said it had reopened “more than 4,500” of its stores.