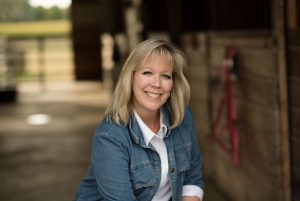 In a statement, Henderson said she’s running because she cares about the district and wants to be a voice for its residents in Washington, D.C.

“I’m not a career politician now, and I never will be,” Henderson said. “We need to get back to the idea of citizen servants in public office who will put their skills and talents to work for the people, not themselves. That’s how I’ll treat my time in Congress, and I’m asking for the support of each and every voter across the Fifth District who shares that belief in how our government should work.”

Her husband, businessman Terry Henderson, initially entered the 2018 GOP primary for U.S. Senate but dropped out early on, saying he didn’t have the necessary funds to compete.

Henderson is the sixth Republican competing to replace Republican Susan Brooks, who has represented the district since 2013 and announced in June that she would not seek re-election in 2020.

The 5th District includes the northern portion of Indianapolis and the northern and eastern suburbs. Henderson lives in Atlanta.