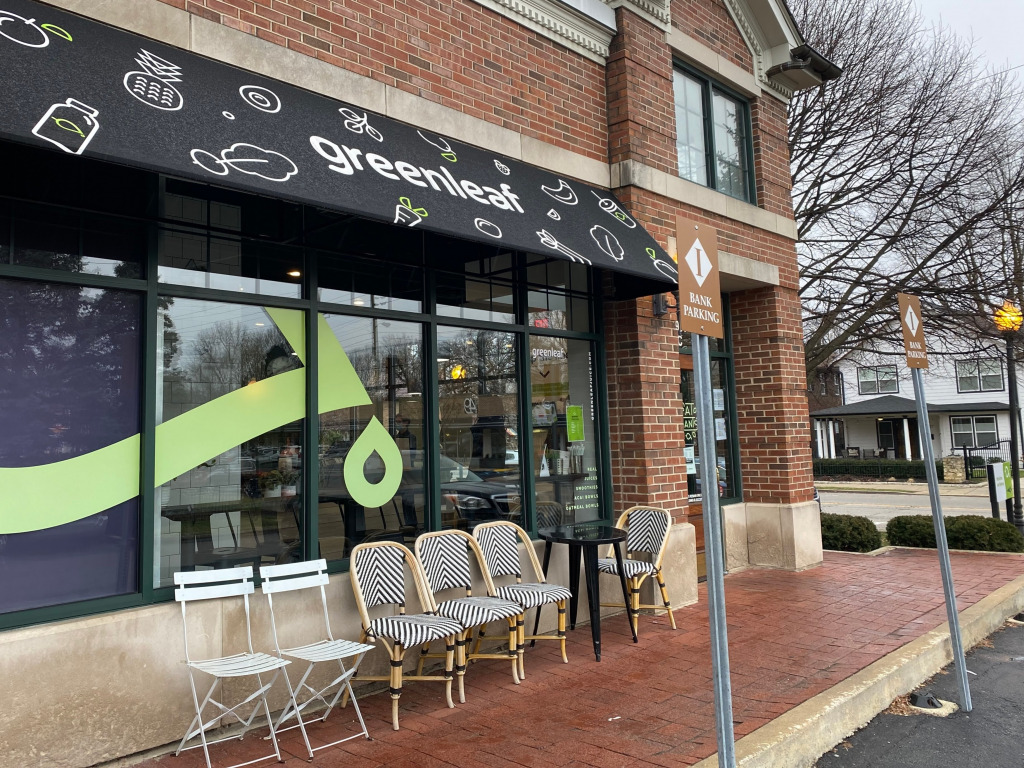 Founded in Portland, Oregon, by Indianapolis native Garret Flynn, Greenleaf Juicing Co. specializes in acai, oatmeal and grain bowls as well as juice recipes made of two pounds of produce.

The company is expanding in Indianapolis—with plans to open locations in Carmel and downtown Indianapolis in 2022—following the 2020 closure of its first Indiana store at 18 N. Meridian St.

“It was a little bit of a foreign business in Indianapolis,” Laura said of the Meridian Street location that opened in 2017. “Now the city is ready for it. We think there’s an appetite for more healthy options. One of our big tag lines is, ‘Healthy made easy.’ We want healthy food to be accessible, almost like fast food except the healthy version.”

She said Greenleaf didn’t renew its lease at the Meridian Street site just south of Monument Circle partly because of pandemic conditions that depleted the day-to-day population of downtown workers.

Another pandemic development for Greenleaf was the company’s sale to Indianapolis residents Brian and Karen Jefferson, who previously purchased Sanders & Morley Candy Makers in Michigan.

The Nora Greenleaf store, which shares a retail strip with Artisano’s Oils & Spices and a Starbucks, will be open 8 a.m to 4 p.m. Monday through Friday and 9 a.m. to 4 p.m. on weekends. Laura Flynn said business hours likely will expand in the spring.