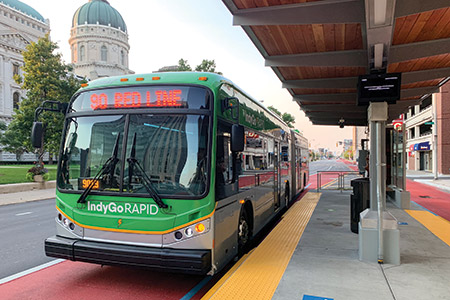 A plan in Indianapolis to switch to an entirely electric fleet of public buses by 2035 is in question due to problems with range.

The IndyGo board on Thursday approved the $7.5 million purchase of 13 diesel buses and also canceled a $6.5 million order for five electric buses made in California by China-based BYD Ltd., The Indianapolis Star reported. The money and a $1 million line of credit/municipal lease will be applied to the diesel buses.

IndyGo has 31 electric buses made by BYD running on its express Red Line, but tests have shown they don’t reach the promised 275-mile range, particularly in cold weather.

IndyGo CEO Inez Evans said IndyGo has not paid for the buses, only parts to keep them running.

IndyGo said BYD “has yet to provide the permanent solution to ensure that the buses meet their contractual range.”

To offset the battery problems, BYD agreed to pay for boost chargers at either end of the Red Line. Temporary chargers have been implemented to address the range issues.