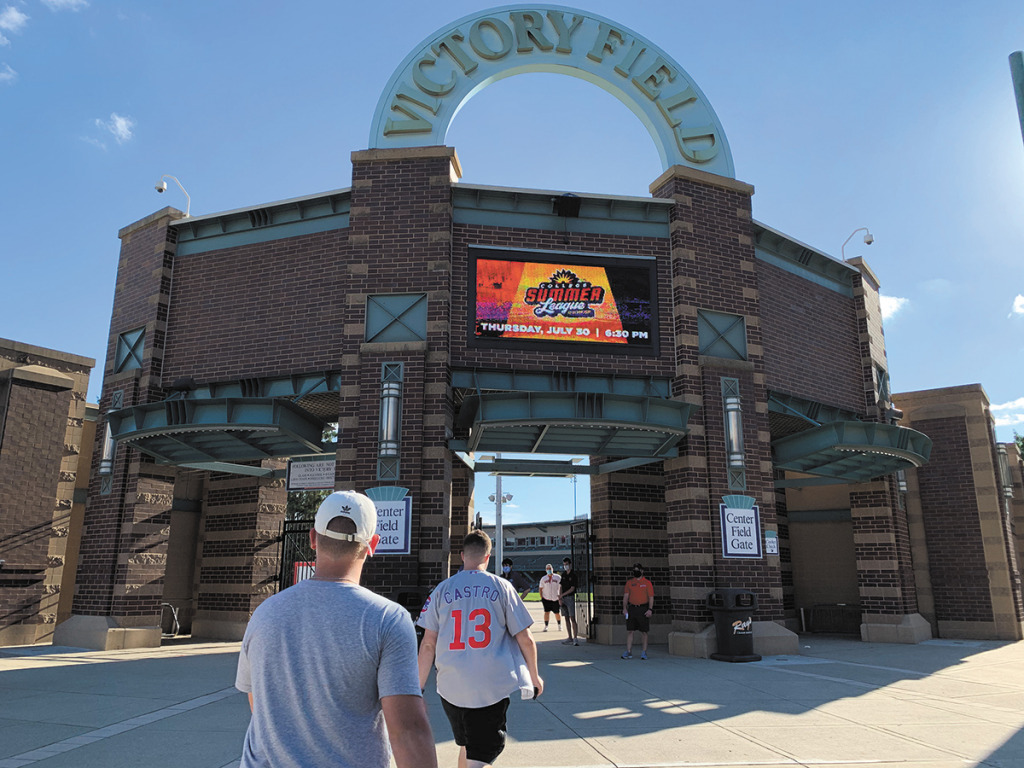 Victory Field has been hosting college games and Summer League tournaments in addition to other types of events in lieu of minor league baseball games, which were canceled for the entire season. (IBJ photo/Lesley Weidenbener)

The broadcast schedule for the Indianapolis Indians will feature 35 televised games on WNDY-TV Channel 23 or WISH-TV Channel 8, the Triple-A baseball team announced Thursday.

The first telecast of the season is set for Tuesday, April 5, on WNDY when the Indians host the Omaha Storm Chasers in the season opener.

Howard Kellman, who has broadcast nearly 6,500 Indians games, is set to enter his 46th season as “Voice of the Indians.” He will be joined in the booth by Andrew Kappes, Jack McMullen and Cheyne Reiter throughout the season.

Kappes has been part of the club’s broadcast team since 2015 while Reiter filled in during the 2018 and 2021 seasons. McMullen will be new to Indians broadcasts after spending the 2021 season broadcasting Fort Wayne TinCaps games and also contributing to Ball State University women’s basketball and football broadcasts.