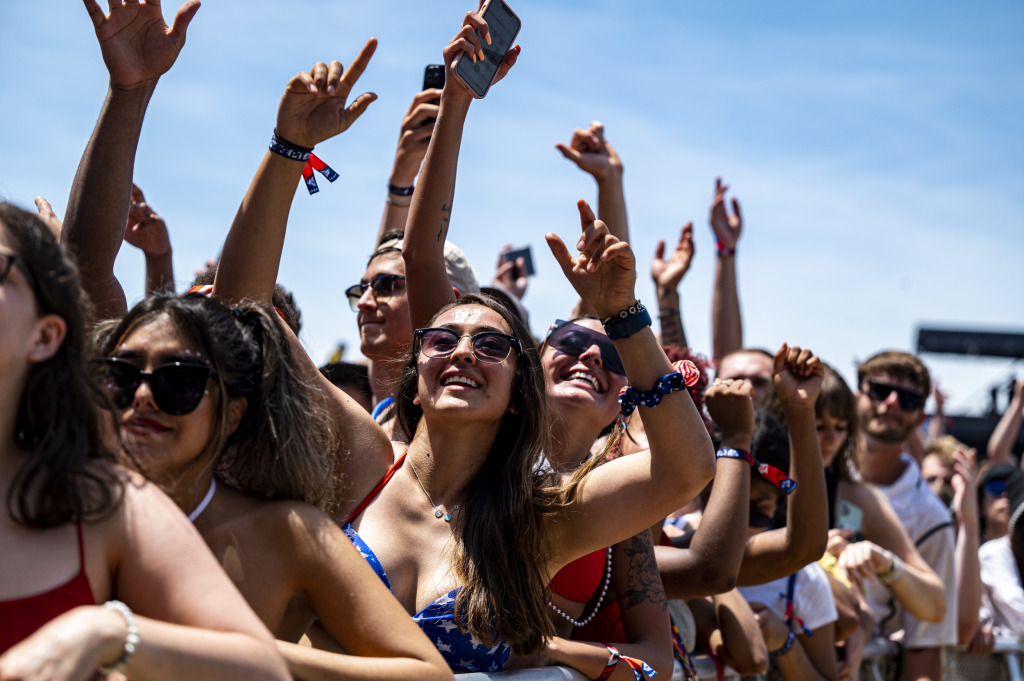 Fans enjoy the Snake Pit during the Indianapolis 500 at Indianapolis Motor Speedway on Sunday, May 29, 2022. (IBJ photo/Mickey Shuey)

DJ-producer Kaskade will be an encore headliner for the Indy 500 Snake Pit concert on race day.

Indianapolis Motor Speedway announced Wednesday that Kaskade will headline a five-act entertainment lineup for the infield party on May 28.

Kaskade, a seven-time Grammy Award nominee who grew up in Chicago, also headlined the Indy 500 Snake Pit concert in 2015.

The 2023 bill also includes basketball Hall of Famer Shaquille O’Neal, who performs as DJ Diesel. O’Neal headlined a party last June at Pan Am Plaza, and he’s scheduled to be part of this June’s Bonnaroo Music & Arts Festival lineup in Tennessee.

The Snake Pit event, which debuted in 2010, is staged inside Turn 3 at the track. Concert venue gates open at 7 a.m.

Tickets, $50 to $155, are available at ims.com. VIP amenities include access to a viewing platform next to the stage, a private cash bar and air-conditioned restrooms.

An Indy 500 ticket is required for entry to the event, which is open to attendees 18 and older. Tickets for the 107th running of the Indianapolis 500 also are available at ims.com.