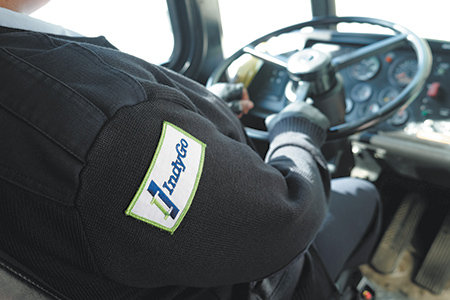 The second leg of Indianapolis’ bus rapid transit system is a step closer to reality. IndyGo on Thursday announced it has awarded two contracts, totaling $113.8 million, for construction of the 15.2-mile Purple Line.

“We are excited to award these contracts to local companies with proven track records of producing excellent work,” said IndyGo president and CEO Inez Evans in written remarks. “With this announcement, we’re finally signaling the long-awaited green light to move full speed ahead with the faster, more efficient transit and long-overdue improvements and upgrades to infrastructure along the 38th Street corridor, improving the quality of life for riders and residents.”

Construction on the Purple Line is expected to begin in early 2022, made possible by an $81 million federal grant that IndyGo announced in August. The route will extend from downtown Indianapolis to Lawrence. The latest cost estimate for the line is $188 million,IndyGo said.

Other preparations for the new line are already under way. IndyGo got the OK from the City-County Council this week to take out $65 million in bonds to buy up to 30 new buses for the line and build a new full-service bus garage for them—among a list of projects.