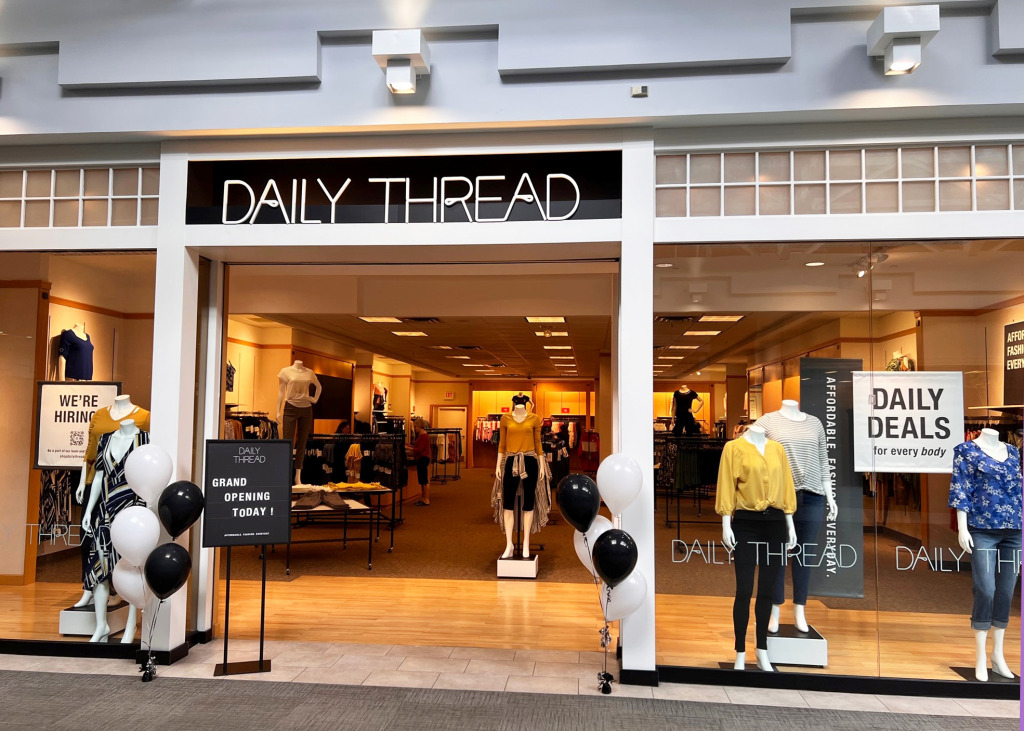 Daily Thread plans to open Dec. 2 on the second floor of Circle Centre Mall in a 6,399-square-foot space formerly occupied by New York & Co., which closed in early 2020 after a 25-year run in the mall.

Parent company NYC Alliance Group, which owns several clothing brands, began opening Daily Thread stores in the Midwest a year ago and has already grown the chain to more than 40 stores, including at least five in Indiana.

A Daily Thread recently opened at Castleton Square, joining other Indiana stores in Kokomo, Bloomington, Michigan City and Mishawaka. Indiana stores also are in the works in Muncie, Richmond and Fort Wayne.

Daily Thread said it plans to open another 50 stores across the United States before the end of the year.

The retailer said it discounts its merchandise a minimum of 50% and offers clearance prices as low as $5. It features a mix of established brands including Juicy Couture, Frye, 525 America, Tretorn and Faith Jeans.

Daily Thread said it frequently changes its inventory and puts “an emphasis on size inclusivity that ranges from petite to extended sizes.” The retailer began carrying men’s clothing at some of its stores earlier this year.

“We are delighted to welcome Daily Thread to our lineup of tenants at Circle Centre Mall,” said Circle Centre Mall Marketing Manager Sarah Grannan in written remarks. “Daily Thread will be the latest addition in a slew of new leasing activity, demonstrating the strength and resilience of downtown Indy in attracting new businesses interested in getting their brand in front of local residents, office workers and visitors alike.”