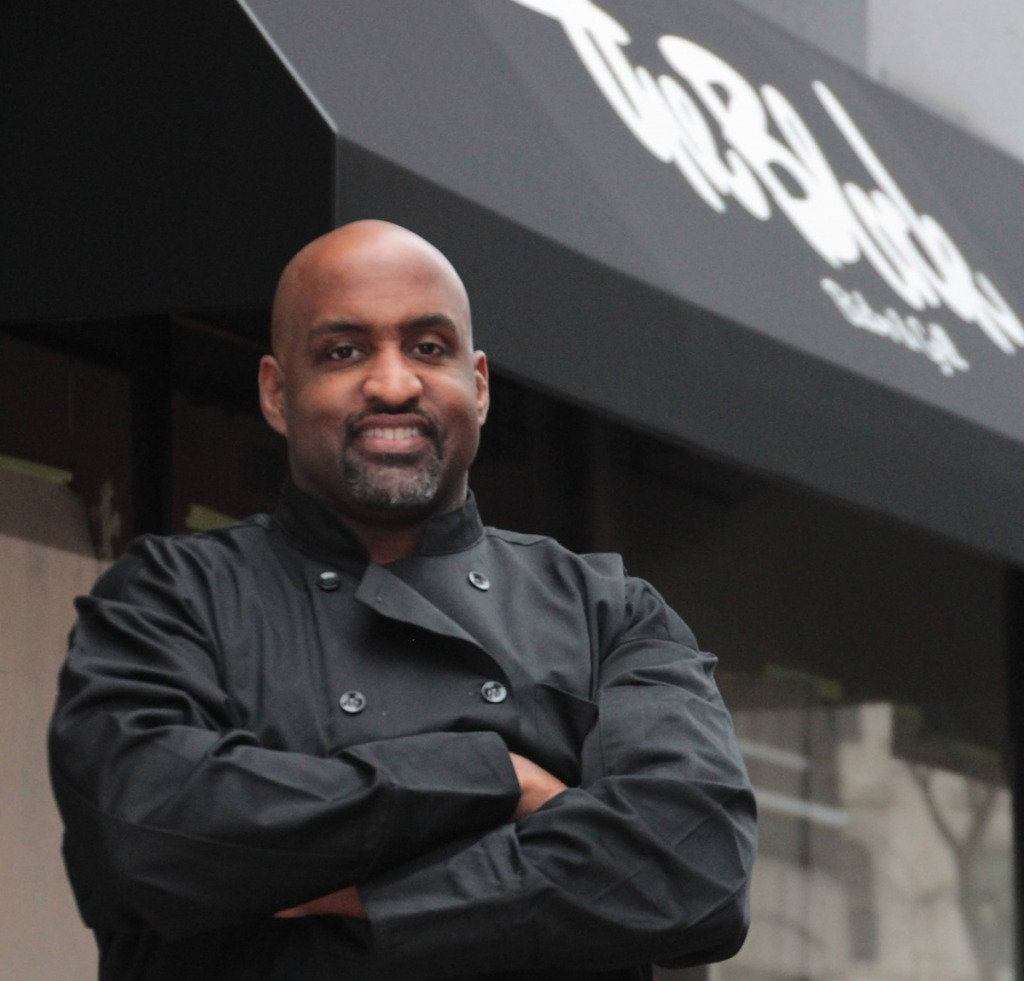 Local restaurateur Terry Anthony is hoping that his latest venture, The Block Bistro and Grill, can play a role in helping convince people to come back downtown again.

Anthony says Block Bistro’s menu “merges classic American cuisine with an urban twist.” It features familiar dishes, including a burger and fries or a club sandwich with chips, starting at $12.99. Prices top out in the mid-$20s for ribeye steak and lamb chop dinners.

Anthony, who owns Block Bistro along with his wife, Tennille, said he wants the restaurant to be a place people can afford to frequent a couple of times per week, with an atmosphere that feels welcoming to people of all races, political persuasions and backgrounds.

Anthony, who is Black, is a member of Downtown Indy Inc’s recovery task force, with a goal of supporting Black- and minority-owned downtown businesses.

The Block will also offer a membership program designed to encourage repeat customers.

“It’s something that’s going to drive you back downtown,” Anthony said of the membership concept.

Membership at both levels also includes access to a members-only room with private bar.

They operated the Subway sandwich shop several blocks to the east, at the corner of Market and Delaware streets. Less than a year after completing a renovation and expansion at that location, the Anthonys were forced to close the store permanently last spring after the pandemic emptied downtown of customers.

But the pandemic, and the social unrest that damaged many downtown buildings last spring, also led the opening of The Block. The Ali Baba space sustained damage, Anthony said, and building owner The Landmark Group offered an attractive deal to convince the Anthonys to take over the space. “They’re doing everything to make sure we’re as successful as possible.”

The Anthonys also own Stars sandwich shop at 443 N. Pennsylvania St. They acquired the long-standing eatery in 2018, changing the name from its original Star Sandwich Market name and moving it from its previous location on Delaware Street.