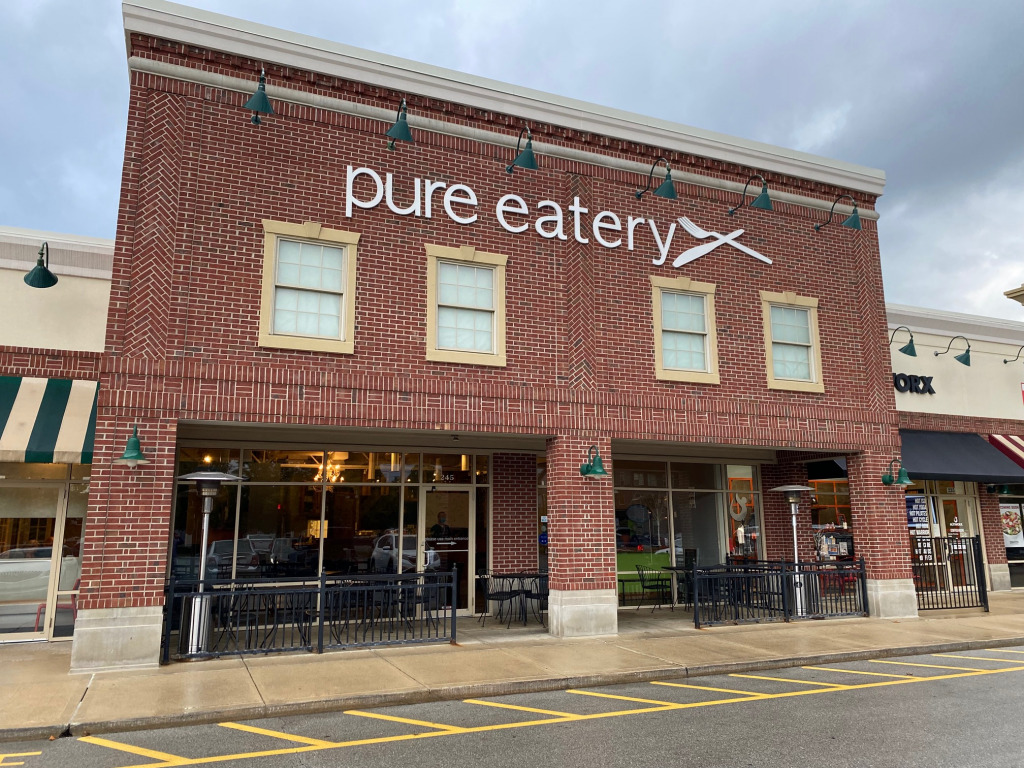 Pure Eatery is permanently ceasing operations at its 6-year-old restaurant and bar in Fishers, its owners announced this week, citing an ongoing staffing shortage as the reason for the closure.

“Unfortunately we do not have enough staff, so it is with heavy hearts we will be closed as of 10/5/2021,” owners Dave Andrus, Courtney Andrus and Jason Jacobi said in a social media post. “We have enjoyed supporting our Fishers community and thank each of our guests for the love and support thru a very difficult year!”

The owners said Pure Eatery Fishers would open its bar one last time, from 2 pm. to 6 p.m. on Thursday, so that customers can say goodbye. No food will be served.

The flagship location of Pure Eatery, which opened in the historic Murphy Building at 1043 Virginia Ave. in Fountain Square in 2010, will remain open.

The menu featured an interesting selection of appetizers, soups, salads, wraps, tacos, sandwiches and entrees, often made with locally sourced ingredients, highlighted with vegetarian options and a large array of adult beverages. The decor also included work from local artists.

The restaurant received positive reviews from food critics and patrons alike, and was ranked No. 10 out of 151 restaurants in Fishers rated by Tripadvisor.com readers.

“This community welcomed us in 2015 when you didn’t know who or what we were,” the owners said in their post. “We had a dream of bringing fresh, honest food, and local artwork in a space that welcomes all; to gather, eat, drink, and celebrate life. We’ve been so lucky to share our guests’ triumphs, celebrate birthdays and anniversaries, and provide a place to gather for life’s milestones. We have been home to some amazingly talented people, some have come and gone but left their mark.”

Jacobi said staffing issues have been an ongoing issue overall in the restaurant business that have been exacerbated by the pandemic. The problem has been especially difficult at the Fishers location even though owners increased pay to as much as $19 an hour. Over just the past month the restaurant has been advertising to fill positions including host, bartender, server, chef, cook, line cook and prep cook.

Pure Eatery’s owners will continue to concentrate on their Fountain Square location. The Andrus also own Pearl Street Pizzeria & Pub, which has a location in downtown Indianapolis and at 10462 Olio Road in Fishers.