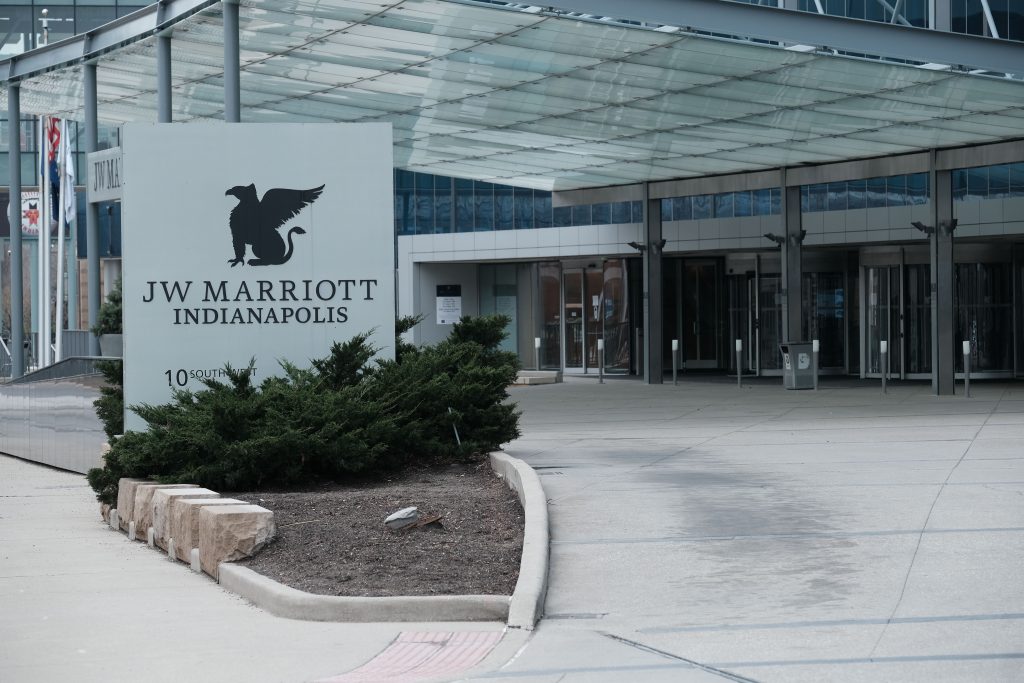 The two largest hotels in Indianapolis have suspended operations, following more than two weeks of occupancy and staffing struggles caused by the COVID-19 pandemic.

A representative for White Lodging, which manages and owns both the JW and the Marriott (as well as the Fairfield), did not immediately respond to calls and text messages requesting comment.

The sign on the Indianapolis Marriott Downtown said the hotel would be closed for at least two weeks, and a source told IBJ the JW is likely to be closed for the same amount of time.

The closures will mean loss of employment for about 780 full-time workers—500 employees at the JW and 280 at the Marriott.

Occupancy rates for the JW and the Marriott fell to the single-digits—about 5% to 8%—in recent days. Together, they account for about 20% of downtown’s hotel room inventory.

“I think when you have occupancies of less than 5%, [closing] is certainly something that any owner would need to consider,” White said March 18.

Most every hotel in central Indiana has seen occupancy rates fall below 20% since earlier this month, due to the cancellation of dozens of events and suspension of most personal and business travel to promote social distancing.

Hotel occupancy was around 67% for the market one year ago.

The JW and Marriott are among the first hotels in Indiana to fully shut down because of COVID-19. French Lick Resort and at least two hotels in Chicago closed for the same reason last week.

Hundreds of local hospitality workers have lost their jobs in the past week, including at the Cambria hotels in Westfield and Noblesville, and the Sheraton at Keystone at the Crossing.

Two other local hotels announced layoffs Monday: Le Meridien in downtown Indianapolis cut 33 employees and the Marriott East let go 98 workers. The cuts are expected to be temporary, according to WARN notices sent to the state by the hotels—both of which are still accepting reservations.

Sanjay Patel, president of Indianapolis-based MHG Hotels LLC, said he had to lay off at least 100 workers last week, with another 150 layoffs likely this week.

Patel operates several hotels in suburban Indianapolis, including flags in Avon, Southport, Fishers and Noblesville. MHG’s 16 properties throughout the U.S. are collectively under 8% occupancy, he said.

He is considering closures, too.

Representatives for both companies indicated no final decisions have been made.