We have a mish-mash of openings and closings to report, led by the potential arrival of another Starbucks downtown.

• The Seattle-based coffee giant has filed plans to open a shop in the downtown headquarters of Simon Property Group Inc. at 225 W. Washington St. (See image below) 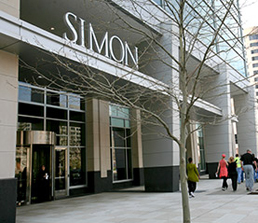 Simon didn’t respond to questions about when the Starbucks might open or where the coffee shop will be in the headquarters of the nation’s largest mall owner. But the filing says it will occupy 2,470 square feet.

• In Salesforce Tower, Temaki House opened July 7, while Yolk began serving breakfast late last month. Chicago-based Yolk also has a downtown location, at 220 E. South St. in CityWay, and another on the northside, at 2727 E. 86th St. in Ironworks.

Temaki House, a quick-service sushi restaurant, is open from 11 a.m. to 3 p.m. Monday through Friday and serves up sushi in a hand-rolled seaweed cone.

• Twenty Tap at 5406 N. College Ave. is expected to reopen by the end of the month. It’s been closed since a kitchen fire in February damaged the interior of the building.

Auberge offers classic French dishes such as beef bourguignon, ratatouille, salade niçoise and seared duck breast. It replaces Patrick’s Kitchen, which closed at the end of 2016, and is operated by Paul Vezolles, who owns the Brick Street Inn.

• Another Broken Egg has filed plans to take 3,220 square feet of space at the Switch mixed-use development at 8626 E. 116th St. in Fishers. The Louisiana-based chain’s lone Indianapolis-area location is at 9435 N. Meridian St. on the north side.

In case you missed it:

• A wine bar and market is coming to Fountain Square and plans to occupy the vacant retail building that last housed Skip’s Market.

Named The Wine Market at Fountain Square, the shop and meeting place is set to open in October, the owners said in a Tuesday press release. They received approval on the building design on July 5 from the Indianapolis Historic Preservation Commission and are beginning renovations.

Co-owners Kris Bowers and Zachary Davis in May signed a five-year lease for the two-story, 3,100-square-foot building at 1031 Virginia Ave., according to an IHPC filing. The building, constructed about 1950, sits along the Cultural Trail at the northwest corner of Woodlawn Avenue.

• Amalfi Ristorante Italiano at 1351 W. 86th St. near Ditch Road has shut its doors after more than 25 years serving customers. The restaurant’s website says that in 1991, two generations of the DiRosa family left Naples, Italy, to establish a “warm and cozy” restaurant in America.

• Mile Square Bistro at 443 Pennsylvania St. has closed after a short, six-month stint. Florida chef Charles Mereday had taken over the former City Cafe space and renamed it Mile Square Bistro. It received a positive review from IBJ's Lou Harry.

• MisterLino at 1201 Main St. in Speedway also has closed. A Facebook post said the cafe in the Dallara IndyCar factory closed permanently June 30 and that owners are sorry for any inconvenience.