Jim Alender has been CEO of Howard Regional Health System in Kokomo since 1997. He recently negotiated a letter of intent to merge the hospital with Indianapolis-based Indiana University Health. He spoke about the major factors that led to that decision, and the benefits he hopes to come from it. The deal, which still requires approval from Howard County officials, could close before the end of this year.

How to sell Martinsville to MDs

Help with physician recruitment is a big factor pushing small-city hospitals into the arms of Indianapolis’ four major hospital systems. So how do the big boys entice doctors to the small towns?

Mobile medicine has arrived. Decatur County Memorial Hospital in Greensburg became the first hospital in Indiana to start using AirStrip OB, a patient-monitoring system that sends things like the heartbeat waves of patients directly to physicians’ iPhones, BlackBerrys or other mobile devices.

The merger of Morgan Hospital & Medical Center into Clarian Health got the go-ahead from all parties in the past week, opening the way for Morgan to bring on new doctors to its facilities.

The Indianapolis-based hospital system’s board of directors could vote to acquire the 25-bed hospital as early as next week, but might put off a decision till February.

Wellness-based development would be first of kind here

Satori Pointe is being marketed as a campus where medical offices, fitness-oriented retailers and residents would co-exist.

The $7.8 million medical office building in McCordsville will allow the hospital to tap patients with private insurance. 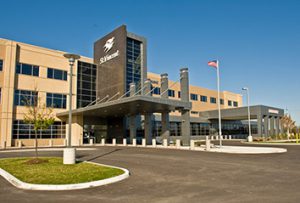 Fishers development officials hope to create a huge cluster of medical and research facilities near Interstate 69’s Exit
10, near St. Vincent Medical Center Northeast, but local real estate experts disagree about the amount of potential demand
for such a development.

St. Francis Hospital-Mooresville is seeing higher-than-projected use of a newly added emergency department that has firmed
up its status as a full-service hospital.

Hospitals seek mergers to save costs

Because major employers in Shelby County have laid off workers, Major Hospital isn’t getting as much income from employer-based
medical insurance plans.

Clarian Health officials say the only way they can keep operating their medical centers downtown is to support them with profitable
suburban hospitals. So far, it seems Clarian is on the right track. As Clarian moves forward with a new, $180 million hospital
in Fishers, its two existing suburban hospitals are starting to make money.

Aggressive expansion plans by Indianapolis’ three biggest hospital systems have pushed Greenfield-based Hancock Regional Hospital
to change up its plans to build an outpost of physician offices in northwest Hancock County, near the borders of Marion and
Hamilton counties. But Hancock Regional isn’t backing down.

Clarian North Medical Center has stumbled out of the gate, with the Carmel hospital reporting losses in its first six months of operation that “well exceed” expectations, a new report says.