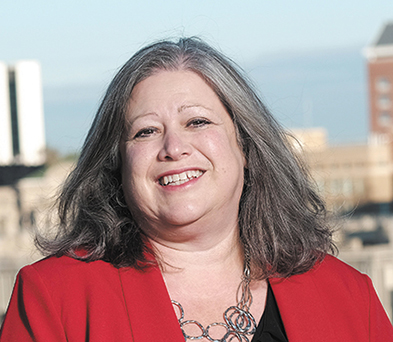 Camille Broeker is responsible for the financial oversight of the IUPUI campus, including its $1.65 billion operating budget, and is IUPUI’s liaison to the broader Indiana University administration in the areas of public safety, purchasing, emergency management and continuity, and environmental health and safety. Broeker has either led or participated in the financial modeling behind new campus housing (North Hall), the conversion of the University Place Hotel into a residence hall (University Tower), the development of the Fairbanks School of Public Health, and construction of the IUPUI Campus Center, the Center for Young Children and Innovation Hall, which will provide additional research and teaching space. She has also been instrumental in developing a partnership with the Walker Legacy Center that resulted in the renovation of Walker Theatre on Indiana Avenue. 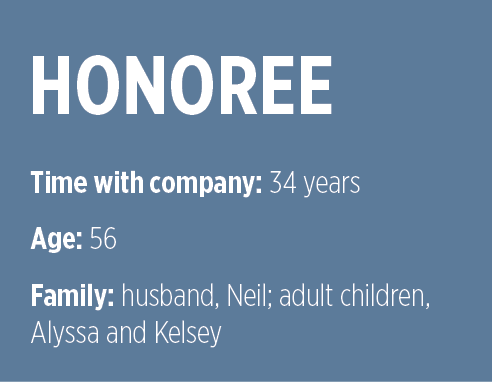 Broeker began working at IUPUI while studying for her bachelor’s from the Kelley School of Business. (Years later, she also got her master’s in professional accountancy from Kelley.) She initially worked in a cerebral palsy clinic on campus but then got on as budget coordinator for the telecommunications program, a job that eventually expanded to assistant director for business and financial services. Broeker parlayed her experience there into a senior financial analyst role for the university, a job that gave her exposure to numerous auxiliary service areas. Along the way, Broeker was part of the team that developed a new financial system for all IU campuses. She later became director of campus budget and finance and assistant vice chancellor for budget and finance. In 2015, she was asked to serve as the interim vice chancellor for finance and administration, a job that became permanent two years later.

“I have been heavily involved in the campus response to COVID. This has included financial planning as well as ensuring campus facilities were ready to support the academic and research missions and ensuring that we identified the resources to support the necessary COVID testing for the campus. The campus has pulled together to ensure that we were prepared for the start of this academic year and addressing challenges as they have come up.” Whatever challenges arise, Broeker has a leg up when it comes to institutional knowledge. “I have been able to experience IUPUI as a student, a staff member and a parent, and I believe these different perspectives have helped me respond to challenges on the campus from a broad viewpoint.”

Spending time with family, including her 2-year-old granddaughter, Hazel.

“any two days were the same. But then it would not provide the same opportunities to learn something new every day.”•