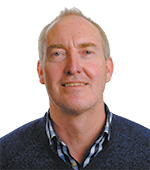 Harton joined IBJ in 1984, fresh out of Indiana University’s School of Journalism. He covered banking, real estate and the business of sports before becoming associate editor in 1988. He became managing editor the following year and editor in 1990, serving in that position until 2013. Over the years, Harton’s short stories about Indianapolis real estate have been published in The New York Times and he has won statewide and national awards for his IBJ editorials and columns. Harton is also a freelance writer and is active in several community organizations. 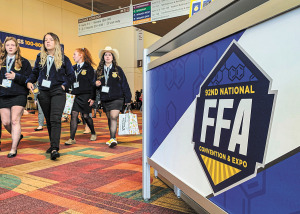 40th anniversary: Four decades later, Indy is a heavyweight in the convention world

Positioning an NFL stadium as both a sports facility and convention venue became a major advantage for Indianapolis, leading to almost four decades of using tourism to fuel economic growth.

Under Anna O’Nan’s leadership, the company rolled out its NextGen platform and negotiated key partnership and reseller agreements, which accelerated growth and dramatically enhanced the company’s market position.

Ivan Baird played a central role in growing and scaling the AIS and oversaw a doubling of year-over-year revenue from 2018 to 2019.

With Mundo Sanchez’s help, the refrigerated-trucking company has grown 1,000% over the past five years and this year made IBJ’s Fast 25 list of fastest-growing central Indiana companies.

2020 CFO of the Year: Cynthia Lucchese

Cindy Lucchese steers the financial fortunes of Penske Entertainment, the Roger Penske-owned entity she helped create when the racing icon bought the Indianapolis Motor Speedway, the IndyCar series and IMS Productions from the Hulman family in January 2020.

2020 CFO of the Year: Michelle Demarco

Michelle Demarco and her team arranged financing for enVista’s long-term growth, and she led the company through the development of a strategic planning process that sets the stage to accelerate that growth.

Before anyone had heard of COVID-19, Steve Mark had worked with others on the Byrider executive team to update finance and accounting policies and procedures and equipped his entire team to work remotely.

In 2019, at Heath Fear’s direction, Kite Realty Group Trust announced a bold plan to sell upward of $500 million in non-core assets and use the proceeds to retire debt.

2020 CFO of the Year: Gustavo Garavaglia

Gustavo Garavaglia is responsible for electric utilities in Indianapolis and Dayton and several energy-generation facilities across the country that generate annual revenue of $3 billion.

With Todd Young’s guidance, Elanco spun off from Eli Lilly and Co. in March 2019. In the process, Young built a 60-person corporate finance department from scratch.

Jennifer Alvey leads the financial fortunes of the largest health care system in the state, which serves more than 1 million patients every year and employs 34,000.

Camille Broeker is responsible for the financial oversight of the IUPUI campus, including its $1.65 billion operating budget.

Under Matt Hawkins’ leadership, Ivy Tech has increased its net unrestricted funds from $331 million to $507 million, and the school’s investment portfolio has exceeded its investment income goals by $33 million.

Bell is proud of the flexibility and access WGU programs provide and the fact that it now has alumni living and working in all 92 Indiana counties.

Bravo joined the faculty at IU McKinney in 2004 and became dean this year.

Casto manages a global team of more than 130 that she created in 2017 when she was charged with merging the company’s marketing and communications functions.

As president of a talent management consultancy, Butcher’s career is built around mentoring others.

Campodonico-Barr wears many hats as president and CEO of Girls Inc., which she is committed to making the “premier girl-serving organization in Indianapolis.”

Carrasco is a policy and legal adviser to the governor and his staff and to a variety of other state agencies on a wide range of issues.

Christensen has been a critical player in the formation and adoption of the mentoring and sponsorship program for female attorneys at Dentons Bingham Greenebaum and was instrumental in forming the firm’s Diverse Scholars Program focused on law students.