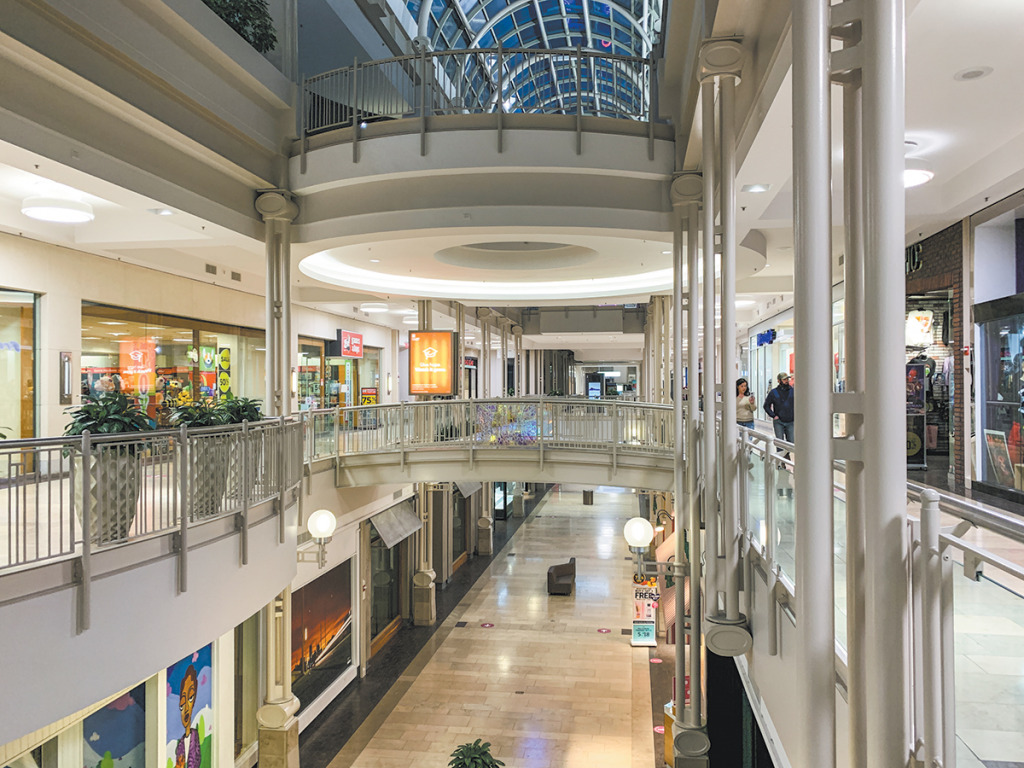 The owners of Circle Centre Mall plan to begin conversations with potential developers in the near future, after receiving suggestions they solicited from design firms for recasting the struggling downtown shopping center.

Pitches from the firms included several concepts that have been floated for years, according to Adam Collins, an attorney for Indianapolis-based Wallack Somers & Haas who represents ownership group Circle Centre Development Co.

Collins said the designers’ proposals included multifamily housing, additional street-level retail and a renewed focus on entertainment uses. He declined to provide any other details.

A massive overhaul of the 2 1/2-block property—something its owners committed to earlier this year—is still in its infancy,

Four of the five architectural and design groups that last year were asked to offer suggestions for the mall have already done so, Collins said. He declined to say which one has lagged the other four.

The ultimate goal, Collins said, is to create a new mixed-use district for downtown Indianapolis. The next steps include identifying a development partner for the project and beginning incentive talks with city and state officials.

“It’s in the very preliminary stages here, but I think the good news is that everyone in Indianapolis … should feel comfortable that the ownership group has taken the very necessary first steps to make sure that this process is able to move forward as smoothly as possible,” Collins said.

Conversations with potential development partners are expected to begin soon, but ownership has not yet determined a firm timeline or established whether it plans to go through a rigid request for proposals process or take an alternative route, such as engaging developers in direct negotiations.

Collins said a development partnership will be critical to “understanding the nuts and bolts and existing issues” of the current mall structure, as well as the needs for the downtown corridor. CCDC plans to engage with downtown stakeholders as part of the redevelopment process, he said.

“The call for ideas was really based upon [determining] what the potential uses were … but that doesn’t take into account specific structural analysis of the building,” he said. “Now that we have an idea, that’s where we’ll really rely on the development community, and their more granular analysis, to determine what’s possible.”

The mall, which opened in 1995, was originally built at a cost of about $319.5 million. It’s still too soon to know how much a redevelopment of the property would cost.

“Everybody wants to know the numbers, but it’s just way too early to tell—not only in terms of what the cost will be, but also what the financial gap is,” Collins said. “We’re committed to this, and we’ve kept the city and the state in the loop, and we’ll just continue to discuss it as we get more clarity.”

Meanwhile, CCDC is continuing to market space for lease inside the mall via brokers with the Chicago-based JLL. Collins said the firm is advertising space in the mall “within the lens of understanding that there’s eventually going to be a redevelopment of the asset.”

JLL has overseen the property since April 2021, after Simon Property Group opted to hand off its management to the firm. Simon also left the ownership group altogether last year, as part of a mutual agreement with the property’s other shareholders.