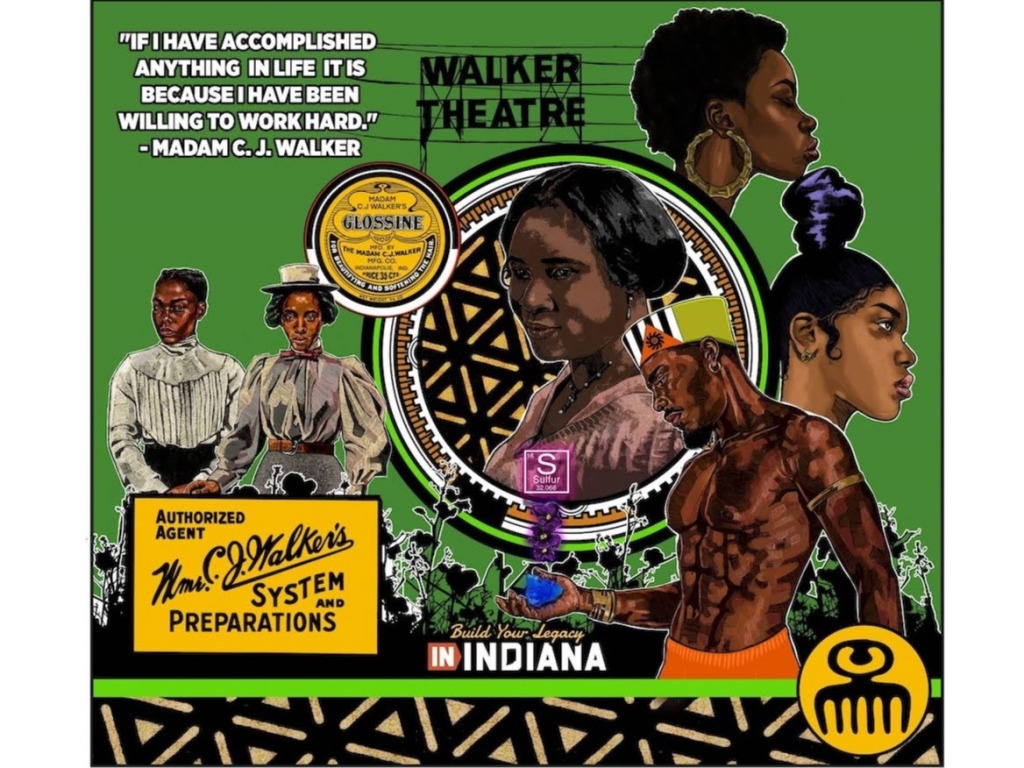 Indianapolis artist Tasha Beckwith is set to paint a mural to celebrate the legacy of entrepreneur Madam C.J. Walker, who built a hair-care product empire and became known as the “first self-made female millionaire” in the United States.

Planned on the exterior of the Martens Building, 315 N. Senate Ave., the artwork will follow a 2021 downtown mural devoted to cycling champion Major Taylor in a series titled “Indianapolis Legends.”

Meanwhile, Indiana Humanities and Indy Arts Council are seeking a Hoosier poet to write a poem based on the life and legacy of Walker. The poem will be posted alongside Beckwith’s mural. Poets are instructed to apply by July 24 at indyarts.org, and the mural is expected to be completed in October.

The selected poet will receive a $1,000 stipend.

Walker, born Sarah Breedlove in 1867, marketed an ointment made of petroleum jelly and sulfur that aided in healing women’s scalps. The product, billed as Madam C.J. Walker’s Wonderful Hair Grower, was popular enough to necessitate a network of 25,000 Walker sales agents nationwide.

Her industry leadership led to the founding of the Madam C.J. Walker Hair Culturists Union of America and the National Negro Cosmetics Manufacturers Association. Walker died in 1919, eight years before the iconic building opened at 617 Indiana Ave. in 1927.

Before last weekend’s 95th anniversary festivities at the Walker, the organization’s president, Kristian Little Stricklen, talked about the enduring influence of the woman depicted in the 2020 Netflix miniseries “Self Made.”

“When we restored the building and changed the name to Madam Walker Legacy Center, it was to truly uplift the legacy,” Stricklen said. “She was an entrepreneur. She fought for women’s equity. She was a philanthropist.”

The Indianapolis Bicentennial Commission provided seed funding for the Indianapolis Legends mural series. That money will cover approximately 40% of the $75,000 required for the creation and installation of the Walker mural.

The Walker mural project received a $5,000 grant from the Indiana Destination Development Commission. Additional funds will be sought through foundation, corporate and private contributions.