Home » Litz & Eaton co-founder facing three lawsuits, including one from his former partner 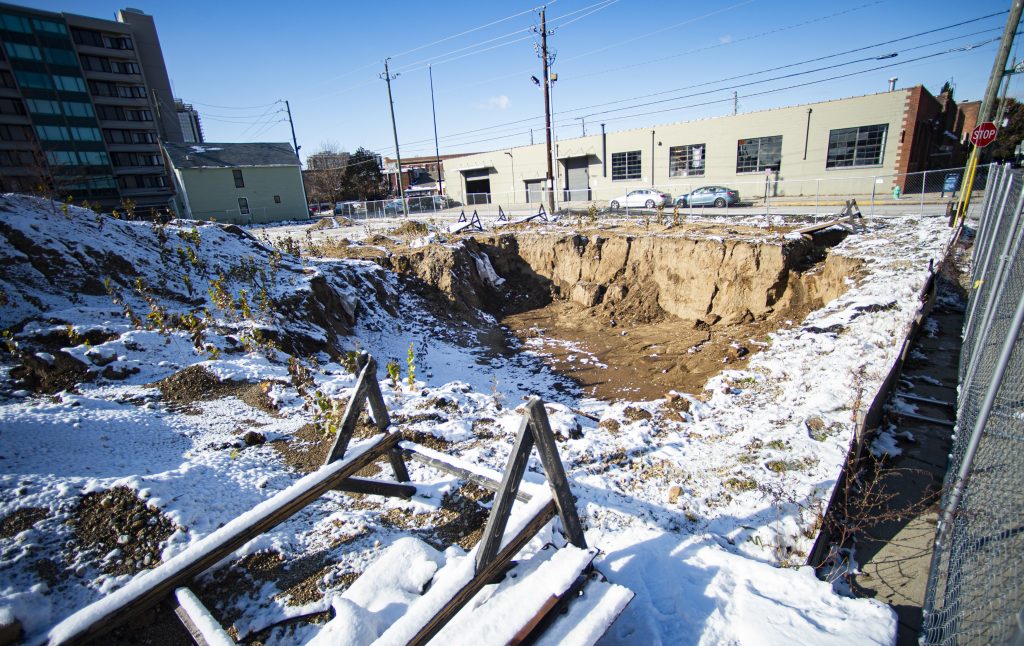 Three new lawsuits have been filed against one of the co-founders of floundering local residential  development firm Litz & Eaton—including one suit that could tee up a legal fight with his former business partner.

Brad Litz, who created Litz & Eaton in 2011 with then-partner John Eaton, is facing foreclosure lawsuits over a $5.8 million construction loan for the Liberty Place at Lockerbie Square townhouse development and a $500,000 loan on his personal residence along West 75th Street.

Indianapolis-based Elements Financial filed the suits—which also name Litz’s wife, Cathleen, as a defendant—on Oct. 29, claiming it is owed about $1.1 million (including interest) on the Liberty Place project and about $537,000 on the home mortgage.

Eaton himself filed suit against the 42-year-old Litz and the development firm on Tuesday, alleging he is owed about $1.5 million by his former partner since he left the company in June.

The trio of lawsuits are the latest in a series of hurdles faced by the once-thriving firm.

IBJ reported in September that several subcontractors and clients have expressed dissatisfaction with the company’s business practices, alleging shoddy work and late—or missing—pay.

According to court filings, Litz & Eaton secured the construction loan for the 12-town house Liberty Place project in mid-April, with plans to complete the project by the end of February 2020. Eaton and a Litz & Eaton subsidiary, Liberty of Lockerbie LLC, also are named in the suit.

For that loan, Elements is seeking about $1.1 million that was already spent on land acquisition, architectural fees and other preconstruction expenses. The loan was scheduled to mature in May 2021.

The fenced-off site at the southwest corner of Park Avenue and North Street hasn’t been worked on since June. In recent days, snow has accumulated on the large piles of dirt surrounding the hole in the ground.

Eaton, 48, told IBJ via a text message that he was not aware of the Elements lawsuit, but said the credit union is trying to sell the site and could not do so without Litz signing the deed. Eaton declined to reveal the potential buyer, and Litz would not comment on the suit.

Elements also is attempting to recoup money on a mortgage it issued on the Litz home in June 2018. According to the suit, the loan is in default and has a balance of nearly $537,000, including interest and collection costs. Cathleen Litz told IBJ in an email that the debt is from a second mortgage on the home that the Litzes used as a business line of credit.

Eaton, too, is seeking money from his former business partner.

In his 58-page lawsuit, the homebuilder makes more than one dozen allegations against Litz, including breach of contract; breach of fiduciary duty; civil and criminal conversion; defamation and slander; fraud; and unjust enrichment.

Litz responded to the lawsuit in an emailed statement to IBJ, saying, “Though I’m disappointed John Eaton has chosen to act this way, I’m certainly not intimidated by it.”

Litz did not directly address the allegations, such as Eaton’s claim he has been shortchanged by hundreds of thousands of dollars over the past few years.

Additionally, Eaton claims he is still owed more than $1 million for project-related costs tied to nearly two dozen developments. That includes about $300,000 Eaton spent to renovate the Litz family residence in 2018—work for which he said he has not yet been paid.

The suit also alleges Litz “misappropriated L&E funds” to cover lavish expenses that were passed off as business-related, such as an advertising wrap on a race car, expensive trips and high-dollar dinners.

Eaton—who included dozens of examples of Litz’s alleged suspect spending habits—said that money was never repaid to the company’s accounts, which prevented him from receiving what he was owed.

Eaton said Litz defamed him by claiming Eaton had gambling and drug issues—claims Eaton vigorously denied in his suit.

“All of these statements were made with malice,” Eaton said in the lawsuit. “None of Litz’s statements are true and there is no basis on which Litz could have been mistaken as to their falsity.”

While Eaton declined to comment on the litigation, saying he wanted “the lawsuit to speak for itself,” he told IBJ that several of the firm’s stalled projects—snarled by $1.3 million in mechanic’s liens filed by subcontractors and other parties that claim they are owed money—are moving forward.

Since September, about $140,000 has been repaid to subcontractors and suppliers on several projects, Eaton said, with some moving forward with new investors or loans.

Litz and Eaton are each working on separate projects, without the involvement of one another.

Among the developments back on track are two single-family houses at 509 and 519 Warsaw St., which combined had about $145,000 in mechanic’s liens. Those dwellings are expected to be completed in the coming months, Eaton said.

A few homes being built or renovated along 79th Street also are being finished by Litz and a new construction partner.

Eaton said he plans to complete Penn Row, a flashy $6 million development of 13 townhouses along North Pennsylvania Street, with money from a silent investor. That project had about $728,000 in unpaid bills and required about $800,000 in additional work as of September.

“We continue to work with our legal and financial team as well as all parties involved to reach a global solution,” Litz said in his email. “That process has included having active and open dialogue and working together in a professional manner.”

3 thoughts on “Litz & Eaton co-founder facing three lawsuits, including one from his former partner”