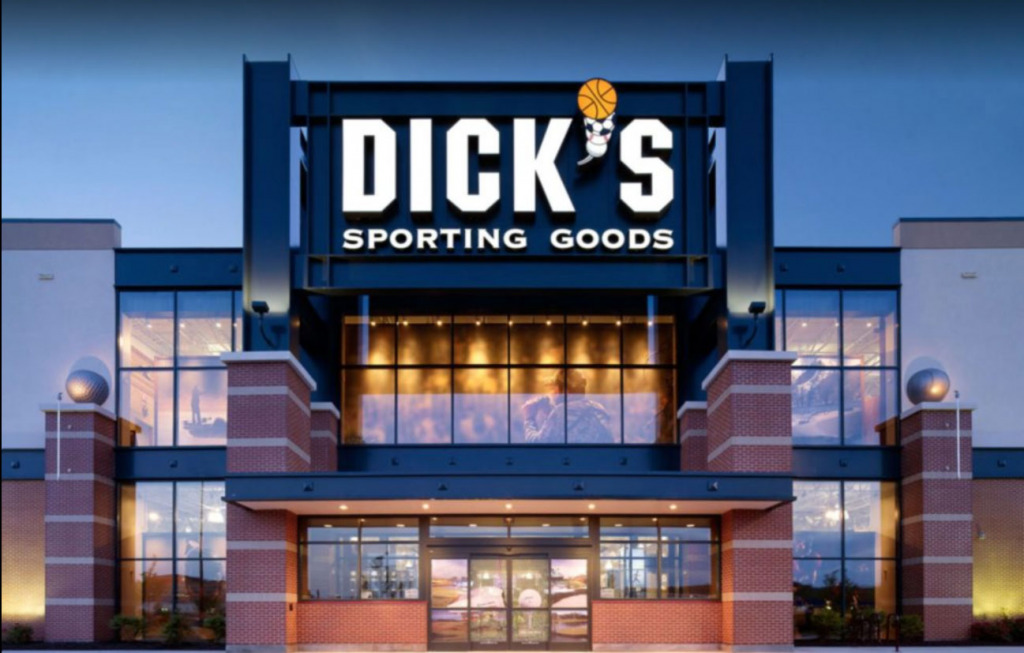 Several retailers, restaurants and businesses have recently opened or are planning to open their doors in Boone and Hamilton counties. Here’s a rundown:

The Coropolis, Pennsylvania-based sporting goods chain plans to occupy a new 50,000-square-foot store at 6039 Perry Worth Road in Whitestown.

Midland Atlantic Properties signed a lease with Dick’s Sporting Goods for the store. Construction is expected to begin this fall with a planned opening in fall 2023.

“We are truly excited to be working with Dick’s Sporting Goods and to bring this high-quality national retailer to Whitestown,” Aaron Boyle, managing principal of Indianapolis-based Midland Atlantic Properties, said in written remarks.

The chain also has a Going, Going, Gone outlet store at 214 Gable Crossing Drive in Avon, and is planning a Dick’s Warehouse Sale store at 1001 N. State Road 135 in Greenwood.

Dick’s closed its store at Washington Square Mall in January 2020.

Capriotti’s menu includes cheesesteaks, turkey subs and other sandwiches ranging from 5 inches to 18 inches, along with salads, sides and a kids’ menu.

The Las Vegas-based chain, which was founded in 1976 by siblings Lois and Alan Margolet, also has local restaurants at 5320 E. 82nd St. in Indianapolis and 1901 E. Stop 13 Road in Greenwood.

The Carmel restaurant is owned and operated by Casey McGaughey, whose grandfather, Charles McGaughey, founded MCL Restaurant & Bakery in 1950.

Capriotti’s has more than 170 locations nationwide.

Angelo’s Italian Market is planning to open in early 2023 at Nickel Plate Station in Fishers.

Mike and Chris Marra, a father-son duo from Fishers, are planning to open the food market—named after Mike’s father—at 11649 Maple St., Suite 95.

Angelo’s Italian Market will have a daily menu featuring different pastas and sauces. Customers will be able to order online and go to the market to pick up their package, which will include cooking instructions. The market will also offer cooking classes.

Menu items will include pastas, such as canestri, rigatoni, spaghetti, ravioli, bucatini. The market will have at least five sauces, bread and meatballs.

Rush Bowls, a Colorado-based fast-casual restaurant, is planning to open a spot at Nickel Plate Station.

The restaurant will be near the corner of Maple and North streets, according to a Facebook post from Indianapolis-based architecture firm Browning Investments.

Nickel Plate Station is a 237-unit apartment development, which is part of a larger $157 million project that includes the six-story, 180,000-square-foot First Internet Bank headquarters, the future five-story Hotel Nickel Plate and rehabilitation of older buildings in downtown Fishers.

Fundae’s currently has locations at 1515 N. Main St. in Speedway and 7165 Whitestown Parkway in Zionsville.

Starbucks Coffee Co. has filed plans with the city of Fishers to build a coffee shop with a drive-thru at 8880 E. 96th St.

The Fishers Planned Unit Development Committee heard plans on Nov. 2 for the new shop that would be built in the Lantern Pines PUD.

Starbucks has seven locations in Fishers, all along or north of East 116th Street.

Lilac Blonde, an online sneaker business founded by a Fishers father and daughter, opened a pop-up store this month at Hamilton Town Center in Noblesville.

Abby and Andrew Vitale launched Lilac Blonde in July 2021 from their family home. Their primary customer base is women ages 18 to 35—a demographic the Vitales say often feels shut out of the world of “hype”—or trendy—sneakers.

Sogility, a soccer development center that trains players from around central Indiana, opened its new flagship location in Westfield and consolidated all operations at the facility.

The new 14,000-square-foot facility at 16500 Southpark Drive includes a pitch for league play and rentals. The company plans to add an additional 19,000 square feet of outdoor space, according to a news release.

Chris McGrath, who coached the Guerin Catholic boys soccer team, founded Sogility in 2018. His wife, Shari McGrath, took over ownership of Sogility following the coach’s death from COVID-19 in November 2021.

The practice at 18051 River Road inside the Noblesville Arts Building is led by Dr. Victoria Negrete and Dr. Robert Dazé.

Both doctors, who treat skin, hair and nail disorders, also have office hours at another Forefront clinic in Carmel at 755 W. Carmel Dr.