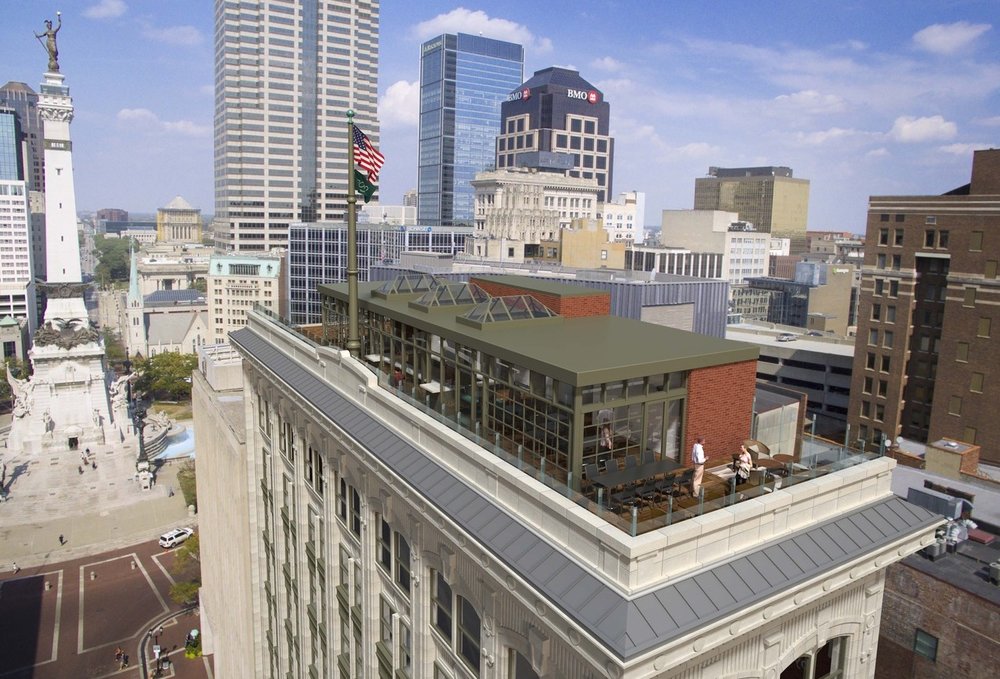 Plans for a $21 million redevelopment of the downtown King Cole Building into a 116-room hotel received approval Wednesday night from the Indianapolis Historic Preservation Commission.

Indy Propco LLC, a Delaware-based firm that has owned the 11-story building at 1 N. Meridian St. since January, plans to open a Motto by Hilton hotel in the 104-year-old building just south of Monument Circle.

The IHPC voted unanimously to green-light the development. It separately approved plans for a new rooftop bar on the 11-story building that will accommodate up to 200 people and a variance allowing for the project’s design to encroach the sky exposure plane.

Plans for the project indicate the second floor would have about 12 hotel rooms and floors 3-10 would have 13 rooms each. Plans also include an overhaul to the first floor of the building, new entrances, a steakhouse in the basement and restoration of the building’s facade.

The rooftop bar is expected to have indoor and outdoor seating and garage-style doors.

The commission’s approval for construction plans are contingent upon Indy Propco’s use of real terra cotta as part of the restoration work to the facade, in line with the original design of the historic building. If the firm opts to use an artificial terra cotta, it would need to seek another approval from the IHPC. 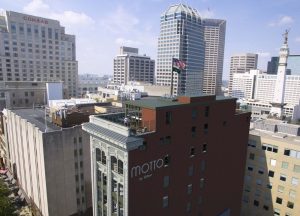 Prominent architectural firm Vonnegut Bohn & Mueller designed the historic building, which was originally known as the Kahn Tailoring Co. Building as headquarters of one of the largest tailoring firms in state. It later took on the King Cole name after the popular upscale restaurant that operated there from 1957 to 1994.

Most of the building’s tenants have already exited the property to make way for the redevelopment, including Jimmy John’s and The Boiling on the ground level and Kuaba Gallery and a beauty salon on the upper floors. Ground floor tenant Qdoba is expected to stay.

Some of the decorative facade put in place by Jimmy John’s has been removed from the building—exposing the historic terra cotta—with additional demolition expected to occur in the coming weeks.

Advancement of the project comes one month after the IHPC gave the OK for several other requests tied to the development. Those included removal of the existing penthouse, a new blade sign, restoration work, and a 12-foot-wide by 7-foot-deep cantilevered addition on floors 3 through 10 on the building’s north side.

Standard hotel rooms for the Motto brand are about 163 square feet, according to the Hilton website. Hilton indicates the hostel-like hotels give travelers “access to the best location” in the city, along with flexible spaces and affordable rates.

The King Cole building is at one of downtown’s most traveled intersections, the northeast corner of Washington and Meridian streets.

Indy Propco is believed to be affiliated with The Gettys Group. The company’s listed address on King Cole property records, 55 W. Wacker Drive in Chicago, is also the address for the hospitality-focused design, branding and procurement firm.

Indy Propco is seeking historic tax credits for the hotel from the National Parks Service.