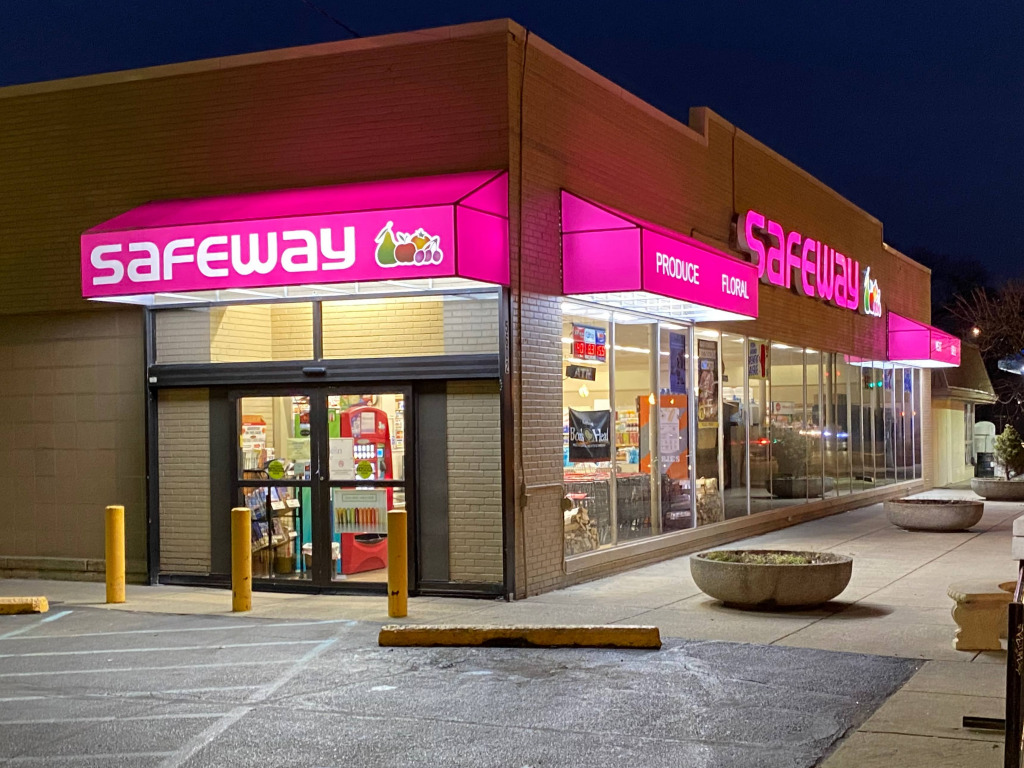 The history of Safeway supermarkets in Indianapolis dates to a west side store that opened in 1944. (Photo provided by SAW Ventures)

Safeway, an Indianapolis grocery chain for more than 75 years, is now entirely owned by its employees.

“I felt the time was right,” Weaver said of yielding ownership. “I wanted to figure out a way to reward my employees who helped me achieve my success.”

Leslie Exendine, previously COO for SAW Capital, will be president of SAW Ventures. Weaver will be chairman and CEO.

Employees will have an ESOP committee, Weaver said, and the committee chair will attend board meetings on behalf of the employees.

ESOPs are not all that common. According to the National Center for Employee Ownership, just 6,482 U.S. firms were ESOPs as of 2019, including 174 in Indiana.

Corporations that are 100% owned by an ESOP are eligible for significant tax advantages.

“The company becomes tax-exempt for all federal and state income taxes,” Weaver said. “The amount of additional value that falls to the bottom line each year can be considerable.”

In a provided statement, Exendine said the ownership structure benefits management and employees.

“Employee retention and motivation are challenges that are not going away for any business,” she said. “Providing ownership opportunities across a group of people is the best way to keep our team focused and engaged for the long term.”

The Indiana Center for Employee Ownership bills ESOPs as a “great succession solution.”

“Most of the time when you sell your company to a strategic partner, three or four years from now no one’s there,” said Weaver, who has a venture capital background thanks to being a partner at Indianapolis-based AGS Capital LLC from 2002 to 2010. “I didn’t want that.”

Weaver, a Greenwood native who attended Ball State University, left AGS to buy Grocers Supply Co., a local wholesale distributor of grocery products. Safeway was a customer, and, in 2016, Weaver sold Grocers Supply to Winkler Wholesale Grocers in Dale to become a co-owner of Safeway.

“I thought the best way to reward my management team and my employees,” Weaver said, “was to give them what everybody really thinks and dreams about, I think, in their lifetime: Wouldn’t it be great if I owned a company?”

Safeway, which has no affiliation with the large West Coast grocer with the same name, was founded in 1944 by Michael DeFabis Sr., who operated the stores with his three brothers (Phil, Julio, Ernest) for more than 40 years.

They opened their first store at Lafayette Road and Tibbs Avenue on the west side and grew the chain to more than 20 locations. It merged in the 1970s with another local grocer, to become Preston-Safeway, before reverting to Safeway under different ownership in the 1980s.