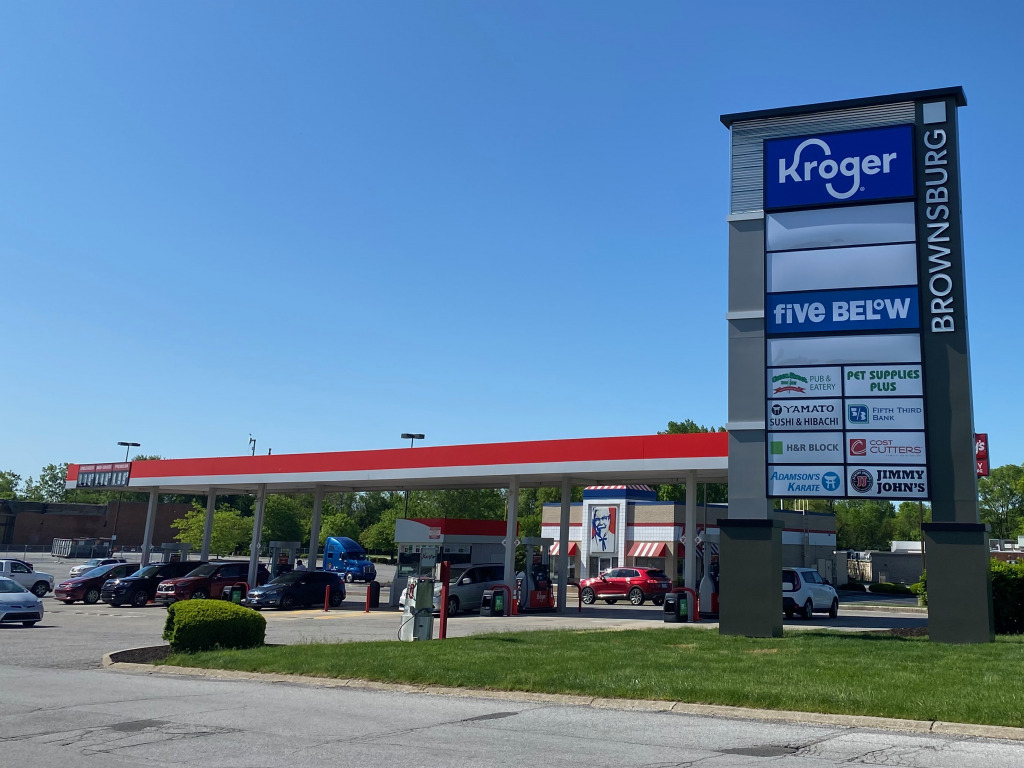 Sportsman’s Warehouse, Michael’s and Five Below locations are expected to open at the Brownsburg Square retail center in 2023. (IBJ photo/Dave Lindquist)

A makeover of the Brownsburg Square retail strip center near the interchange of Interstate 74 and State Road 267 continues, with Sportsman’s Warehouse, Michael’s and Five Below lined up as new tenants.

In December, a $20 million Kroger store opened at the north end of Brownsburg Square, replacing a Kmart location that closed in 2017.

A Kroger previously operated at the retail center’s south end, where renovations are under way for Sportsman’s Warehouse, Michael’s and Five Below to open in 2023. A fourth “junior anchor” spot is available to a regional or national company, said Keith Fried, senior leasing associate at McCrea Property Group.

The 24,000-square-foot Sportsman’s Warehouse will be the third Indiana location for the West Jordan, Utah-based company that specializes in hunting, fishing and camping supplies. A Greenwood store opened in 2021, and Sportsman’s Warehouse made its Indiana debut in Fort Wayne in 2019. The 36-year-old chain has more than 125 stores nationwide.

Fried, who finalized the leases with Sportsman’s Warehouse,, Michael’s and Five Below, said companies are showing interest in Brownsburg, the Hendricks County community that increased in population from 21,000 in 2010 to 29,000 in 2020, according to the U.S. Census Bureau.

The 100,000 square-foot Kroger that anchors Brownsburg Square was the first Indiana store opened by the grocery chain since 2017.

Locations of Pet Supplies Plus and Fifth Third Bank recently opened in the retail center. Scot Courtney, director of retail services for Lee and Associates, finalized the pet store and bank leases, plus a lease for a Crumbl Cookies store coming to Brownsburg Square.

Fried said an outparcel is being prepared for a free-standing tenant in the Brownsburg Square parking lot.