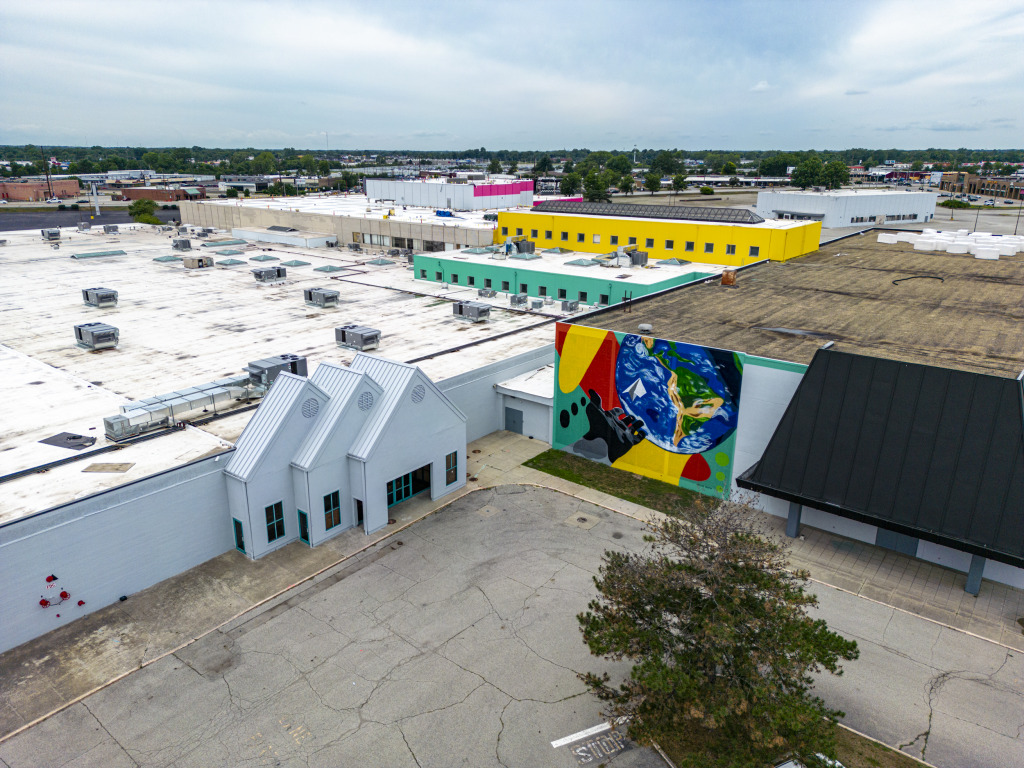 Lafayette Square Mall has seen upgrades to much of its roof, as well as fresh coats of paint to many of its buildings. (IBJ photo/Mickey Shuey)

The owner of the former Lafayette Square Mall in Indianapolis on Friday opened a pop-up market for mall tenants as work continues on the property’s redevelopment.

Sojos Capital said the market will be set up at the former Sears building, giving tenants a free, temporary space heading into the traditional holiday shopping season.

Sojos Capital is in the midst of transforming the mall into a new shopping center known as Window to the World.

The center was originally scheduled to open on Nov. 21, but earlier this month, the developer said construction delays forced a postponement of the reopening.

Sojos said more than 20 Lafayette Square Mall tenants will set up shop on the first floor of the Sears building and will not be required to pay rent. The tenants include:

The $200 million Window to the World project was announced in November 2021. The goal of the project was to transform the mall on the city’s northwest side into a multicultural mixed-use development featuring a combination of retail, office, entertainment and residential space.

In June, Sojos detailed plans to close the mall for three months beginning Aug. 29 to complete upgrades to the facility, including electrical work and new flooring installation.

The developer said the transformation is scheduled to be complete in the summer of 2023.