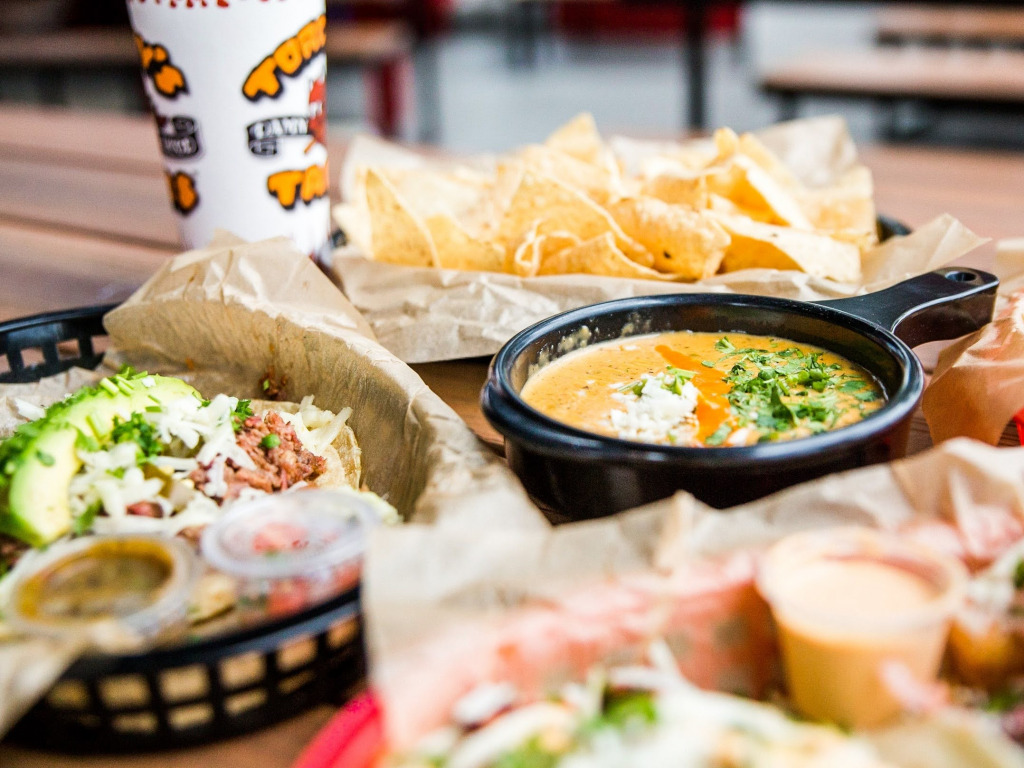 Torchy's Tacos touts its tacos, queso and margaritas as being made-to-order for each customer. (Photo provided by Torchy's)

A Texas-based restaurant chain plans to bring its bold-attitude tacos to Fishers in March.

Representatives of Torchy’s Tacos confirmed the brand known for breakfast tacos and its taco-of-the-month program will open in a retail center at 11595 Whistle Drive, along 116th Street, east of Fishers District.

Torchy’s, which launched as a food trailer in Austin in 2006, opened its first Indiana restaurant last April in Jeffersonville. The 4,300-square-foot Fishers location will be its second in the state.

The chain, which operates in 11 states, opened its 100th location earlier this month. The company raised $400 million in private equity last year to help fuel expansion.

In an email interview, Torchy’s representatives said the company sees potential to grow in Indiana and is exploring opportunities in additional communities.

Billing its food as “damn good,” Torchy’s sells taco varieties such as fried avocado, Baja shrimp, and fajita beef and chicken. January’s taco of the month is the “Midnight Cowboy,” made with seasoned ground beef, potatoes, pickled onions, sour cream, cheese, fresh cilantro and diablo sauce and placed in a crisp corn tortilla inside a flour tortilla.

Torchy’s representatives said the taco of the month can be a new recipe or a fan favorite from the “taco vault.” A portion of proceeds from taco-of-the-month sales benefits charitable partners including the Make-a-Wish Foundation, a cancer center at the University of Texas and drug and alcohol rehabilitation organization Phoenix House.

The restaurant will have morning hours to serve breakfast tacos such as “The Wrangler,” made with cage-free eggs, smoked beef brisket, potato, cheese and tomatillo sauce.