International traffic on upswing at airport 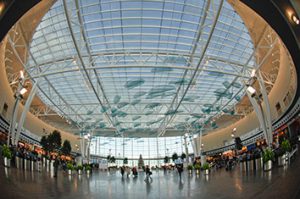 Indianapolis International Airport wants to bring in more local vendors as contracts with some current concessionaires expire, and add other features to better reflect the character of the city.

From oozing blisters and wheezing to rashes, itchy eyes, and sore throats, numerous flight attendants at one of the country’s largest airlines say their new work uniforms are making them sick.

The low-cost airline in May will launch service to Austin and to Destin-Fort Walton Beach in Florida, with introductory fares to both destinations starting at about $60.

The attack that killed five people Friday at the Fort Lauderdale airport raised concerns about how to further protect travelers and what place firearms have in U.S. airports.

The Indianapolis Airport Authority said more news about nonstop flights to the western United States “could be just days away.”

Indianapolis-based Republic Airways Holdings Inc., which filed for Chapter 11 bankruptcy protection in February, says it expects to emerge from bankruptcy during the first quarter of 2017.

An Indianapolis Airport Authority official told board members Friday that the airport is working to land nonstop London service, but its efforts could take years to see results.

Republic Airways plans to emerge from bankruptcy next quarter

The Indianapolis-based airline company, which filed for Chapter 11 bankruptcy protection in February, filed its plan of reorganization this week.

The Indianapolis Airport Authority on Friday also heard about plans to add hundreds of new public parking spaces at the airport in coming months.

Indianapolis-based Republic Airways Holdings Inc.—which is in the midst of Chapter 11 bankruptcy reorganization—lost a whopping $366.7 million in the third quarter as costs related to the reorganization mounted.

With Project Condor, the manufacturer will update its Tibbs Avenue and Raymond Street plants while continuing uninterrupted production of high-precision engines for military aircraft.

The Indianapolis International Airport plans to purchase six electric shuttle buses, which would constitute the largest electric fleet at any U.S. airport.

Two hedge funds that own a quarter of the stock argue the Indianapolis-based carrier, which flies commuter routes on contract for the nation’s biggest airlines, really wasn’t insolvent when the company filed for bankruptcy—a move that gave it the leverage to negotiate much more favorable pacts with Delta, United and American. And with those deals now sealed, the outlook is even brighter. 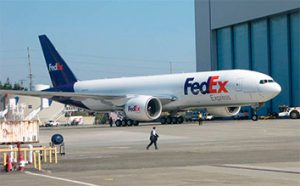 According to a tax-abatement application with the city, FedEx plans to install $170 million in new package-sorting equipment, while adding 27 full-time jobs and 178 part-time jobs. It would also retain 728 full-time and about 3,200 part-time workers.

Indianapolis airport traffic on the upswing

For the first seven months of 2016, the airport saw 2.49 million passengers board flights. During the same period in 2015, that number stood at 2.26 million. 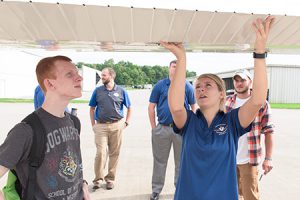 A University of North Dakota study predicts that annual pilot deficits will escalate over the next decade and will total 15,000 by 2026. 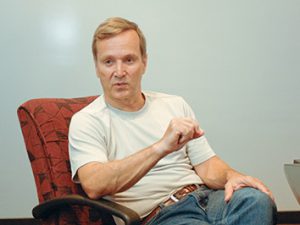 Interactive Intelligence CEO Don Brown said his company’s new cloud-based software has “taken off like crazy,” and the firm is bullish on virtual reality technology.