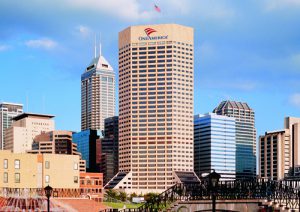 The Brookings Institution report found that the situation is especially dire for Hoosiers without college degrees and said the state shouldn’t incentivize jobs that don’t pay middle class wages and benefits.

The subsidiary of Israel-based Omen Casting Group wants to boost production to help meet demand in America and Germany for its aluminum drivelines, steering components and oil pumps.

Spur Interactiv announced plans Friday to add 33 employees in downtown Indianapolis by the end of 2022.

Dormakaba Group plans to nearly double the size of its manufacturing operations on the north side of Indianapolis in an expansion that’s expected to retain hundreds of jobs in Indianapolis.

Headquartered in Lebanon, Festool USA plans to add 80,000 square feet to its existing facility and has received tax incentives for the project from both the city and state.

State, city offer more than $100M in incentives to Infosys

The economic development deal marks the largest jobs commitment the Indiana Economic Development Corp. has received since the agency was established in 2005. But it’s not the largest incentive package the state has offered.

The online grocery delivery service had pledged to invest $6.5 million in a distribution center on the city’s east side and expected to create 238 jobs by 2018. 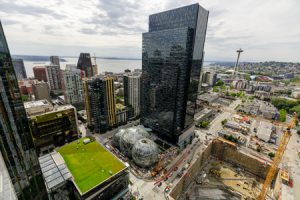 Amazon’s incentives sure to be whopping

Any tax-incentive package to lure Amazon’s HQ2 to Indiana could easily top half-a-billion dollars and climb to more than $1 billion.

Thyssenkrupp Steering will create 64 new jobs and plans to move existing positions from its operations in Indianapolis to the new location at Exit Five Parkway.

The company, which sells software for on-site audio marketing, intends to spend $3.7 million to triple its office footprint in Fishers’ Nickel Plate District. 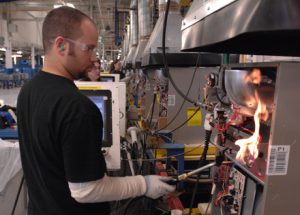 The IEDC approved a $7 million incentives package that requires Carrier to keep 1,069 jobs here, although the company is still sending hundreds of other jobs to Mexico.

Celadon planning to add 375 jobs as part of expansion

The Indianapolis-based trucking and logistics company, which is building a $28 million corporate campus in Hancock County, has been approved for almost $3 million in state economic incentives.

President-elect Donald Trump on Thursday said he wasn’t specifically talking about Carrier when he said on the campaign trail that "Carrier will never leave" America if he was elected president. But it didn’t stop him from trying.

Lewellyn Technology plans to add a training center to its current headquarters.

The marketing-software firm originally planned to employ 167 employees by the end of 2020. But it’s accelerating those plans and expects to be halfway to that goal by the end of this year.

The Indianapolis-based firm, which connects client companies to freelancers, inked an incentive deal with the Indiana Economic Development Corp. that will provide up to $2.8 million in tax credits.

That’s less than 1 percent of United Technologies Corp.’s annual revenue in the heating and air conditioning section of its business, according to the Indiana Economic Development Corp.

Cook Pharmica, a subsidiary of Bloomington-based medical device maker Cook Group, currently employs 575 workers who manufacture and package drugs for use in clinical trials or for sale on the market.

Magnetation LLC, which operates a massive iron ore pellet plant in Indiana, has filed for bankruptcy. The company announced plans for the Reynolds plant in late 2012, saying it would spend as much as $350 million on the facility and create up to 100 jobs there by the end of this year.