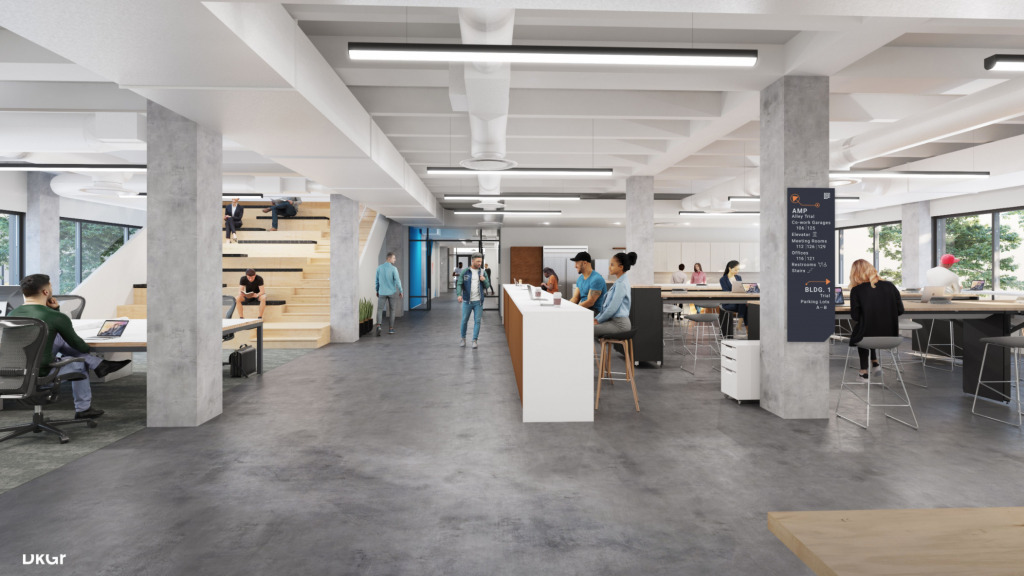 In a nod to the site’s history, the 16 Tech Community Corp. has chosen the name HqO for the innovation hub now under development at the former Citizens Water headquarters northwest of downtown.

The HqO name, announced Wednesday, is a play on words that combines the chemical formula for water, H2O, with the idea that the 109,000-square-foot innovation hub will serve as the effective headquarters of 16 Tech.

The innovation hub, expected to open early next year, is part of a $500 million, 50-acre campus along Indiana Avenue. The first part of the project is an adjacent office building that’s set to open in August.

HqO will house three separate areas under one roof, and the names of two of those three areas were also announced. A 40,000-square-foot artisan marketplace, to be called The AMP, will feature seven restaurant stalls, a full-service restaurant, a community kitchen, a food lab, and vendor space for local retailers and artisans. The space will also host events and programs.

The name The AMP is meant as both an acronym for “artisan marketplace” and a shorthand for the electrical term “ampere,” to convey the creative energy the space is meant to generate.

A separate area within HqO is a 15,000-square-foot maker space that will be called Machyne.