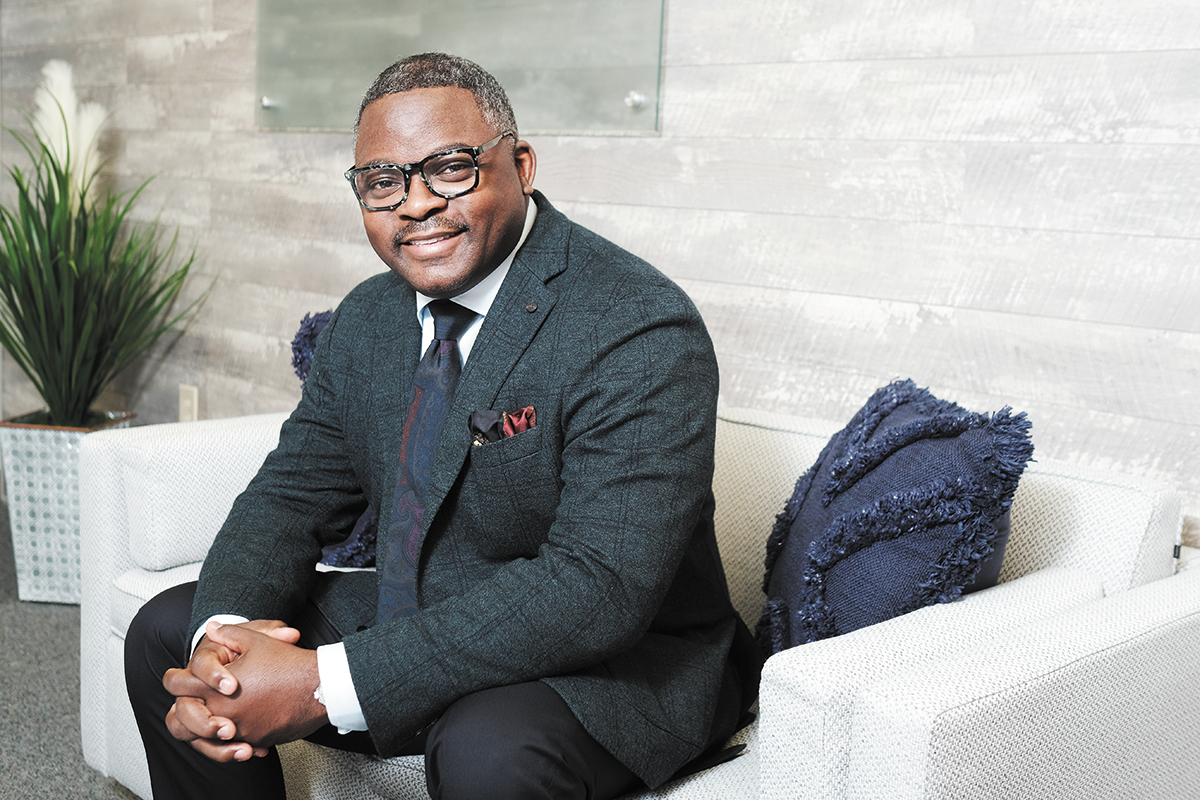 Founded in 2012, AIS is a minority-owned information technology managed-services provider that helps clients resolve critical technology challenges and adopt digital technology. Ivan Baird played a central role in growing and scaling the company and oversaw a doubling of year-over-year revenue from 2018 to 2019. He developed a comprehensive look at AIS’ full value chain, then helped company leadership act on that knowledge, including identifying key business drivers and company-specific metrics and revamping data collection. Baird also streamlined standard operating procedures and has helped diversify the company’s revenue streams and recruit top talent. Last year, he led the charge in adding federal government contracting to the company’s portfolio.

Baird traces his passion for finance to Jack Keefer, his basketball coach and accounting teacher at Lawrence North High School. “Jack became a role model for me, motivating me to go into accounting and real estate and, in later years, to play that same role of mentor and coach for others.” After high school, he earned a bachelor’s in accounting from Alabama A&M University. Then he moved to Minneapolis and New York and spent four years traveling the world as a business manager for American Express. During and after that time, he worked as tour and business manager for an assortment of wealthy recording artists, including Nas, Boyz II Men and Donell Jones. From 2006 to 2009, he was finance manager and procurement agent for the Indiana Criminal Justice Institute. Later, he joined the Mid-States Minority Supplier Development Council, where he spent 10 years as executive vice president of finance and operations.

“To recruit top talent, the company had to up its game from a benefits standpoint. I led the development and implementation of AIS’ insurance benefits and 401(k) retirement plan, which enabled the organization to bring its service-desk team in house, and to attract and recruit a sales team that has significantly increased AIS’ market position in the Indianapolis area. Employment at AIS has doubled since I came aboard.”

Baird supports the debt-free ministry at his church, Emmanuel Missionary Baptist, and has helped develop curriculum for a series of books called “D-Free Lifestyle” that helps mentor minorities in financial independence through the three Ds (no deficits, no delinquencies, no debt). He’s served for five years on the board of Mount Zion Federal Credit Union and has participated in Junior Achievement and was a big brother in the Big Brothers/Big Sisters program.

Baird spends his free time “teaching my kids dance moves.” He also enjoys music and golf and has interests in real estate and transportation.

“I used to answer this question by saying ‘improved IT,’ but since I’m with a company that offers the best IT services, I no longer say that! Now, I say ‘finding more excellent talent to add to our team.’ ”•