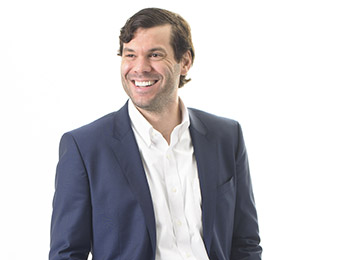 Attorney/Honorary Consul of Portugal to the State of Indiana

An immigration law attorney and the honorary consul to Portugal, Ryan Marques serves on the Indiana Latino Institute, the Indiana State Bar Association Latino Affairs Committee, the Indiana University Robert H. McKinney School of Law Board of Alumni , the Indy Chamber’s Hispanic Business Council, Enlace Academy Charter School, and board treasurer as well as customs and border protection liaison for the Indiana chapter of the American Immigration Lawyers Association.

Diplomatic activity: As the youngest person in Indiana history to be appointed to an honorary diplomatic role, Marques is honored to be part of the Indianapolis Honorary Consular Corps—“an amazing group of persons who I look up to in many ways and try my best to aspire to their amazing leadership on both a domestic and international platform.” With dual citizenship, he said he’s in a strong position to promote trade, commerce, economic development and tourism.

International results: Thanks in large part to Marques, Indianapolis was the first U.S. city outside of Washington, D.C., to receive a visit from the new ambassador from Portugal. “I take this role pretty seriously,” he said, “even though I don’t get paid for it.”

Social media: “I lay low on social media. I’m not on Twitter, but I follow a lot of people.”

Reading pile: Most of Marques’ reading is electronic, keeping an
eye on CNN, The New York
Times, The Washington Post and others. “I’m also a big fan of GQ, Esquire and Men’s Health.”

Economic push: Marques said he has a “very big and strong heart” for economic development, which he says “continues to move civilization forward.”

Driving force: A former Butler University scholarship soccer player and a brown belt Brazilian Jiu Jitsu, Marques believes “life is too short to waste with people who do not have the drive to succeed in life and take the appropriate risk. My philosophy has always been to strike a balance between the intellectual side and primitive side in life, thus never losing sight of how the human being must always adapt to survive in life.”•