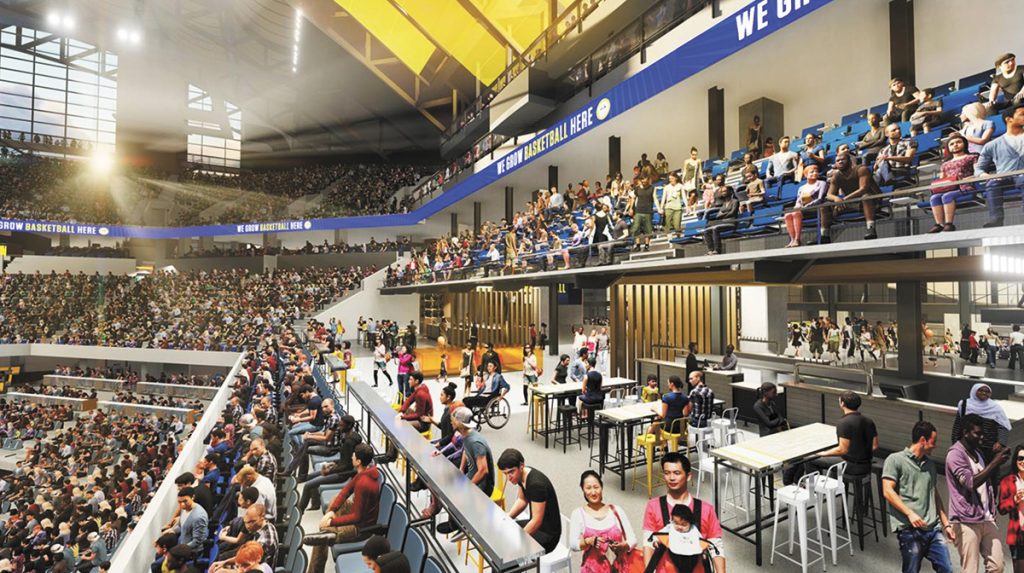 The Capital Improvement Board on Friday voted to approve nearly $62 million in contracts for the massive overhaul to Bankers Life Fieldhouse, which is expected to begin this summer.

The CIB, a quasi-governmental agency that owns the Fieldhouse and a handful of other major sports and convention venues downtown, approved nine contracts—mostly to local firms—for the first and second phases of the $360 million project. The bids totaled $61.9 million.

The board last year struck a deal with Pacers Sports & Entertainment, which owns the Indiana Pacers and manages the Fieldhouse, for a sweeping overhaul of the venue and millions of dollars in new technology and operating subsidies.

— JC Ripberger Construction Corp., a Zionsville-based firm, for more than $17.7 million in general trades work on the event, lower suite and main concourse levels, along with lower seating bowl modifications;

Board member Maggie Lewis, who is also a City-County Councilor, voted against the bids for HVAC and building controls, because the winning bids came in well below the city’s 15% contracting goal for minority-, women-, veteran- and disabled-owned businesses, or XBEs.

North Mechanical, which was the only HVAC bid, utilized no XBEs, and Emcor was only able to secure 3.7% XBE for building controls.

The two firms weren’t the only ones to miss the 15% contracting goal, but Lewis singled them out for being particularly deficient.

The approvals follow two other bids already awarded for the project: a $4.5 million construction management contract to local-based Shiel Sexton and national firm Populous (which is doing the architectural and design work); and a nearly $2.1 million contract for a new retractable seating system from SEDA Seating.

The first phase of the renovation is expected to total $130 million, with most work starting after the Indiana Pacers conclude their season in May or June—depending on whether the franchise reaches (or advances in) the NBA Playoffs. Some backstage work is expected to begin in February.

The second and third phases of work, which will occur in the summers of 2021 and 2022, are expected to cost the CIB about $115 million and $30 million, respectively.

Work on those phases will include new bar and seating areas, additional concessions and gathering areas; a massive overhaul of the team store; a new outdoor terrace; and the demolition of the Maryland Street parking garage to make way for a new, ritzy plaza space.

Although 10 suite are being added to the KeyBank level, 18 are being subtracted from the Kreig DeVault level, for an overall reduction of suites from 64 to 56.

The CIB is putting $270 million toward the renovation, funded by existing taxes. About $320 million in bonds were approved by the city last July.

PSE will spend about $65 and the city will chip in $25 million toward the project, with most of the money from each going toward the plaza project and related infrastructure.