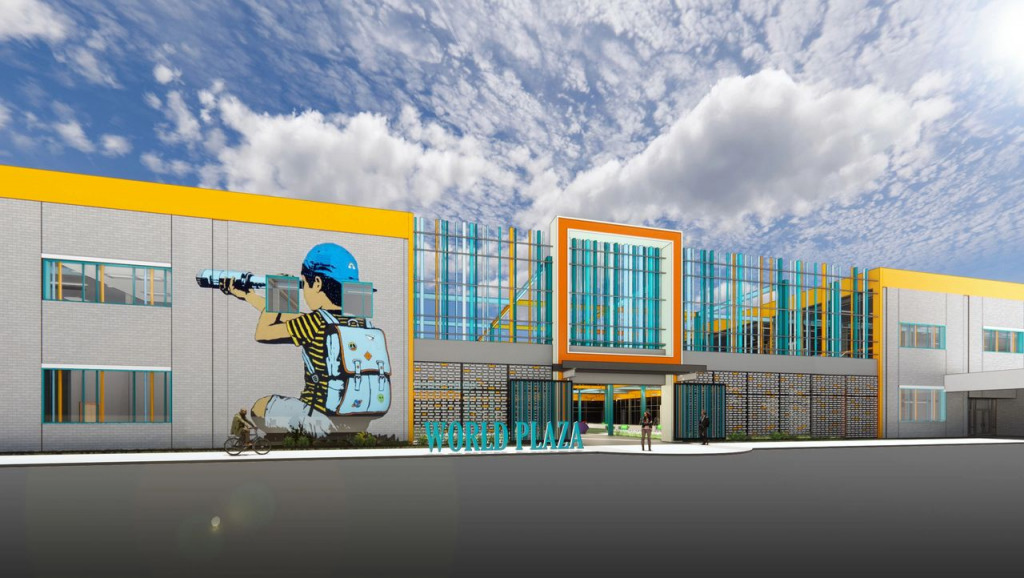 Rendering of proposed Window to the World development at Lafayette Square. (Rendering courtesy of Sojos Capital)

The firm behind the planned redevelopment of Lafayette Square Mall on the west side has submitted a request for city incentives to support the project.

Sojos Capital LLC in November announced plans to spend at least $200 million on a multiyear revamp of the aging and ailing mall property, as well as nearly two dozen other properties in the Lafayette Road corridor. The project calls for new retail, along with dedicated athletic facilities, a boutique hotel, entertainment areas and multifamily housing.

The cornerstone of the project, Window to the World, would be a reuse of the existing mall, with Sojos converting it into a mixed-use building with retail, restaurants, office and entertainment, and infusing the 1.1-million-square-foot building with a variety of cultural aesthetics.

The developer claims the project could be completed sometime from late 2022 to early 2023.

The city on Wednesday confirmed it has received an incentive application from Sojos for tax-increment financing, but declined to provide additional details or share the document, citing confidentiality of pending deals.

A single-site tax-increment-financing district would deploy developer-backed bonds to cover the cost of part of the project—oftentimes, infrastructure or affordable multifamily housing. Those bonds are generally repaid using tax dollars generated within the district over a certain period.

The incentive request from Sojos wasn’t unexpected, as principal Fabio de la Cruz told IBJ shortly after the project’s first announcement he planned to make requests for funding from city and state officials. It’s not clear whether Sojos has also applied for state tax credits or grants through the Indiana Economic Development Corp.

“The incentives application of the Window to the World project has been filed with the City of Indianapolis,” de la Cruz said in written remarks. “We are thankful to the Mayor’s Office, Department of Metropolitan Development, Develop Indy, City-County Councilors and the community for their continued support of this opportunity to transform the city’s westside.”

De la Cruz has had conversations with city officials since late last year about support for the project. He told IBJ that while incentives aren’t necessary for him to complete parts of his project, they could help him expand the vision.