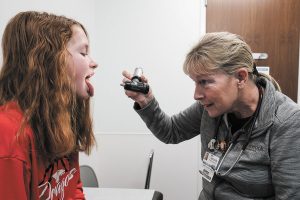 Over the past two years, Hancock Health has bought 140 acres of empty farmland at the Mount Comfort exit of Interstate 70 for a development it has named Hancock Gateway Park. 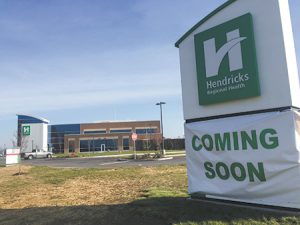 The trauma center at St. Vincent Indianapolis has become the third such facility in the state to be recognized as a Level I Trauma Center, meaning it is equipped and staffed to handle the most serious injuries. 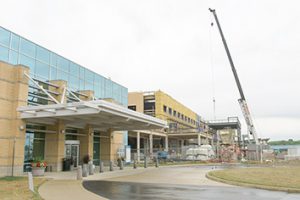 Hospitals back on construction spree

Health care providers say they can’t attract patients tomorrow with facilities from yesterday. So they are scrambling to erect new structures that are more convenient.

Hendricks Regional Health will construct a 100,000-square-foot emergency room and outpatient center on the north side of Brownsburg by early 2017, hoping to capitalize on an underserved part of the state’s second-fastest-growing county.

Officials of Marion General Hospital said in a state filing Monday that the 69 layoffs will take place during the first two weeks of February and are expected to be permanent. 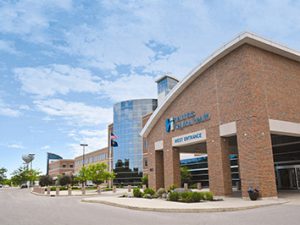 Advances in non-invasive surgeries, changes in health care financing and now increasingly price-sensitive patients accelerate what has been a 40-year decline in the number of patients spending the night in hospitals.

The $30 million project at Columbus Regional Hospital will expand its emergency department and cancer center.

For years, the county-owned hospitals ringing Indianapolis have watched warily as the city’s four major hospital systems used their superior size and resources to push ever outward into the suburbs.

Witham Health Services has a conditional contract to buy about 11 acres of undeveloped land at the northeast corner of 116th Street and Michigan Road from Christel DeHaan Investments LP, pending a zoning change that would allow for office and retail uses.

Don Kelso is executive director of the Indiana Rural Health Association. The trade group is trying to help its members navigate the changes coming from health care reform and the financial pressures being created by federal budget cuts. The association recently launched a service for its members called SuiteStats, which is data-management software to help hospital executives identify areas ripe for cost-cutting.

Indianapolis-based St. Vincent Health will manage operations at Monroe Hospital in Bloomington under an agreement announced on Tuesday. Monroe gives St. Vincent a line of hospitals stretching from Indianapolis to Bedford and even farther south to Salem and Evansville.

The integration of the two not-for-profit hospital systems, approved by Howard Regional's board in late May, is now dead, the two hospitals announced Monday.

IU Health Morgan Hospital sued Dr. Dianna Boyer on Aug. 3 to stop her from moving her practice to a facility Franciscan St. Francis Health is building in Martinsville.

Jim Alender has been CEO of Howard Regional Health System in Kokomo since 1997. He recently negotiated a letter of intent to merge the hospital with Indianapolis-based Indiana University Health. He spoke about the major factors that led to that decision, and the benefits he hopes to come from it. The deal, which still requires approval from Howard County officials, could close before the end of this year.