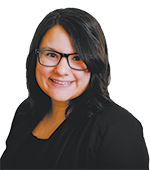 Colombo grew up in the Chicago suburbs before moving to Indianapolis to attend Butler University. She graduated from Butler in 2012 with degrees in journalism and political science before spending two years covering business and higher education at the Lafayette Journal & Courier and a year covering Indianapolis Public Schools for the not-for-profit news site Chalkbeat Indiana. Colombo joined IBJ in 2015 as a reporter, where she has covered multiple elections, held politicians accountable when they passed a law creating a monopoly, uncovered suspect spending of tax dollars in public schools, and explored challenges facing the city.

Colombo is also a member of the board of the Society of Professional Journalists’ Indiana chapter. Beyond journalism, Colombo’s passions include the First Amendment, her elderly Cairn Terrier named Tilly, cooking and watching copious amounts of HGTV. Her life goal is to travel to all 50 states—she’s just a little more than halfway there.

HAYLEIGH COLOMBO: Listening will be key to fighting poverty

Reporting on poverty taught me the mantra, “nothing about us without us.” We must listen to those we are trying to help.

Yecenia Tostado wants to increase the number of Latinos in leadership positions in central Indiana. 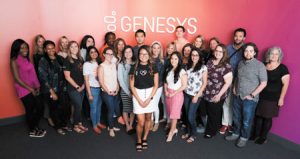 Inside a tech firm’s quest to bolster gender diversity

Genesys launched a companywide gender-diversity-and-inclusion campaign early this year and has made measurable, albeit small, progress since. 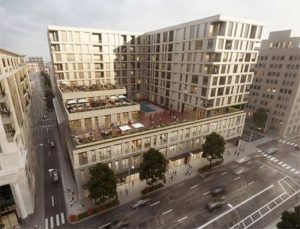 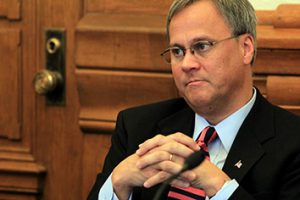 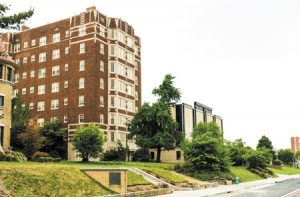 Should this building be saved?

Historic preservationists and midtown neighborhood leaders don’t want to lose the Drake apartment building that its owner, The Children’s Museum of Indianapolis, plans to raze. 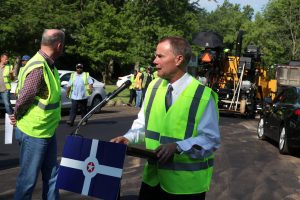 An $8 million DPW budget increase proposed Thursday would add street operators and a second shift of operations. Also on Thursday, the public works committee unanimously approved a proposal to appropriate $40 million in revenue bonds to fund road and bridge infrastructure.

The city sees redevelopment of a former middle school property as the linchpin in efforts to revitalize its downtown. 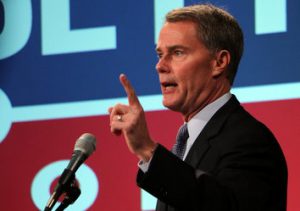 UPDATE: Hogsett’s $1.2B budget has raises for police, firefighters, but drops preschool for 3-year-olds

The state will take over funding pre-kindergarten programs for 4-year-olds, but the mayor’s office opted not to include preschool funding for younger children after philanthropic support for the program fell. 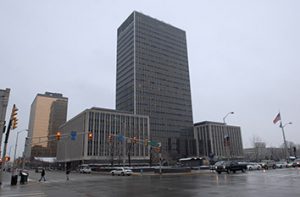 At issue is the Marion County Election Board’s decision to disqualify 1,115 signatures because the addresses listed by eligible voters on a petition did not match their official registered addresses. 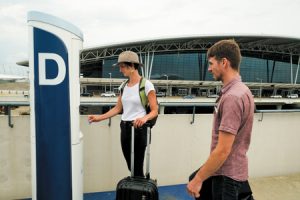 Blue Indy has yet to see a money-making year, and the company’s top Indianapolis official says he can’t predict when that will happen. 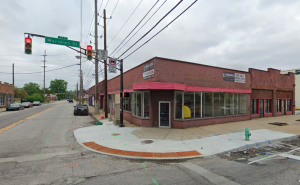 The purchases are part of the group’s $15 million plan is to preserve or create 1,000 affordable housing units within walking distance of IndyGo routes over the next five years. 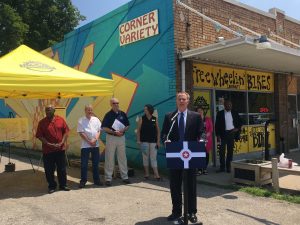 Fees from scooters to pay for city bicycle infrastructure improvements

Mayor Joe Hogsett and the Department of Public Works on Thursday announced a plan to spend about $450,000 that has been collected by scooter companies since last year on so-called “neighborways” in Indianapolis. 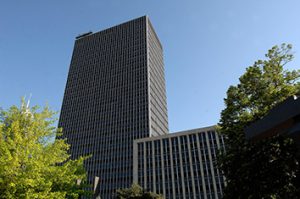 Starting Jan. 1, Develop Indy will change the way it awards millions of dollars in tax abatements and training grants annually. Only businesses that pay workers at least $18 an hour, give them access to health care benefits and support other community programs will be eligible.

Indianapolis Mayor Joe Hogsett—vying for re-election this fall against GOP challenger Jim Merritt—plans to launch his television advertising campaign this week with a commercial that sings the praises of a former Republican mayor. 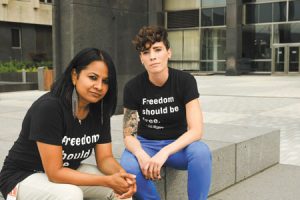 The Bail Project is challenging the cash bail system that keeps poor people awaiting trial locked up in Marion County jails, often putting their jobs and homes at risk. 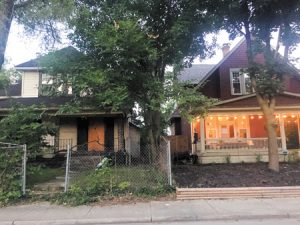 In a quest to create permanently affordable housing, about 25 Indianapolis community groups and development corporations have formed the Community Land Trust Coalition. 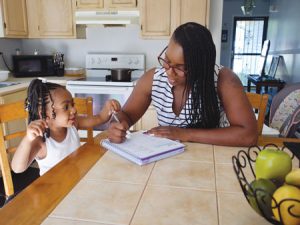 Banking is more expensive for the people who most need it to be affordable, a reality that experts say plays a significant role in preventing many Hoosiers from snapping the cycle of poverty.

Jim Merritt on Thursday proposed his own initiatives to tackle the issue of food insecurity in Indianapolis, and he criticized those recently made by Mayor Joe Hogsett as “Band-Aid” solutions.