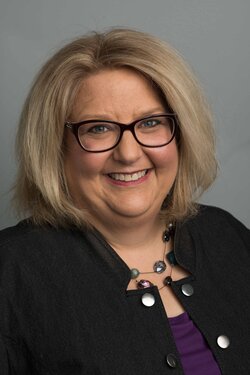 Weidenbener joined IBJ in 2015 as managing editor after more than 20 years covering politics and government for several news organizations. She was promoted to editor in January 2021 and oversees a staff of 18 reporters, editors, designers and researchers. She writes a column every other week.

In addition to writing, Weidenbener enjoys shooting photos and editing video and sound and likes to think of herself as a little crafty, especially when it comes to reupholstering a chair. She is a native of Vincennes but has lived in the Garfield Park area of Indianapolis since late 1995.

Seven execs tell us where they take clients to dinner

The biggest business deals often come together over a great dinner. But with all the amazing options—new and old—in Indianapolis, choosing just the right spot might seem daunting. Do you go for the best food? For the trendy new place? Or how about simply a spot where you can hear a conversation? 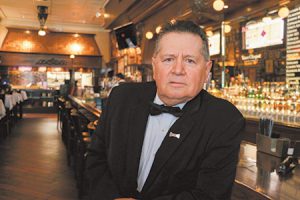 What’s the key to 40 years in any industry? Love what you do, says Lorenzo Acuna, who has waited tables at St. Elmo Steak House for 40 years. 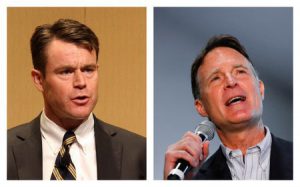 The battle for Indiana’s open U.S. Senate seat could become the most expensive general election race in the state’s history, if Republican Todd Young proves he can compete with Democrat Evan Bayh.

Mike Pence said during a joint interview with running mate Donald Trump on 60 Minutes that the candidates’ vision is “exactly the same.” But some observers said the men’s interactions seemed forced. 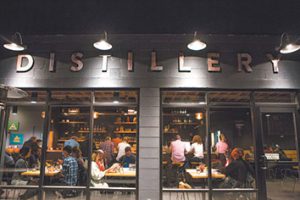 The new law lifts the ban on carryout sales for artisan distilleries, putting the businesses on par with wineries and craft breweries, which already sell alcohol on Sundays.

Pro-Cruz PACS to spend at least $3.1M on GOP primary in Indiana

Seven things to expect in the Fever’s upcoming season

No more home-white uniforms, changes in the playoff format and a farewell tour for the great Tamika Catchings are all on tap for this season.

The senators have officially asked the Government Printing Office to refer to Indiana natives as Hoosiers. In a letter, they said, “We find it a little jarring” to be referred to as Indianans, which the agency’s style manual requires.

IEDC’s decision to leave all three winning regions in limbo about funding meant many more cheerleaders when the issue went to the General Assembly.

INSIDE THE STATEHOUSE: Moving state’s presidential primary not as easy as it sounds

Voters and politicos around the state have long called for Indiana to move up its presidential primary. But doing so requires solving logistical issues that have not been tackled.

For years, the people concerned with drug abuse and alcoholism nibbled at it only on the margins. Most states, including Indiana, have been far more likely to throw drug users in prison than to get them treatment.

INSIDE THE STATEHOUSE: Ellspermann’s drop from ticket not all good for Pence

The incoming lieutenant governor, Eric Holcomb, brings strong relationships with party officials to the Pence reelection efforts, but Democrats are sure to point out that outgoing Lt. Gov. Sue Ellspermann is just the latest Republican not to finish a term. 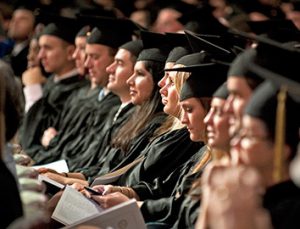 Dems object but Holcomb should be easily confirmed

Republicans don’t need Democrats’ help to confirm Eric Holcomb as lieutenant governor. They hold a huge majority in the Legislature—and it appears they support the governor’s choice to replace Lt. Gov. Sue Ellspermann.

Young has twice as much cash in Senate race

With Eric Holcomb out of the Senate race, the candidates with the most money are now left in a face off. But one has more than twice as much cash on hand as the other.

INSIDE THE STATEHOUSE: Bills would mean big bucks for local government

Indiana lawmakers are debating ways to give money back to local governments—money that already belongs to cities, towns and counties but the state has been holding in reserves.

INSIDE THE STATEHOUSE: Required Work One visits move jobless off assistance

The Department of Workforce Development finds that 30 percent of people move off unemployment after they receive notice that they must visit a Work One center. In most cases, the worker finds a new job; in a few cases, the culprit is fraud.